Cannot be expected to react to hallucinations: DK Shivakumar on BJP's allegations 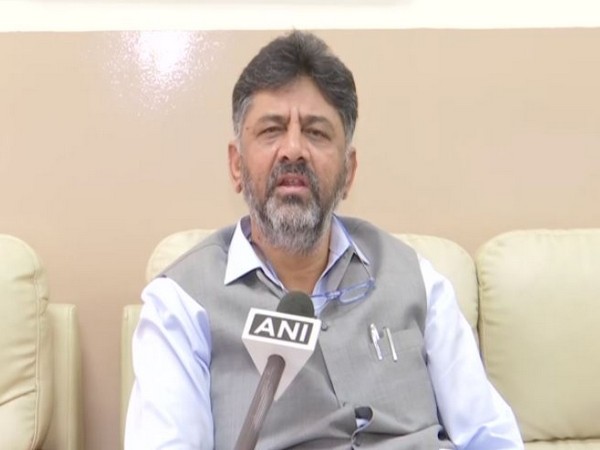 Bengaluru (Karnataka) [India], October 13 (ANI): Responding to several allegations made against him by BJP, Karnataka Congress President DK Shivkumar said on Wednesday that he should not be expected to respond to 'hallucinations' of the Opposition and claimed that 'his life is an open book'.

"I cannot be expected to respond to the hallucinations, loose talks and gossip of some people. My life is an open book. I don't think there is anything more to explain," Shivakumar said in a tweet.
His statements come after the Congress leader VS Ugrappa on Wednesday said that the allegations against Karnataka party chief DK Shivakumar were made by the Bharatiya Janata Party (BJP) and media coordinator MA Saleem was merely communicating it to him.
"These allegations against DK Shivakumar are not mine or Saleem's. They were actually made by a BJP leader against Shivakumar made in front of Saleem. All Saleem did was communicated these allegations to me. While he was whispering these allegations to me, they were captured by the media. DK Shivakumar is a self-made man and a very good administrator," Ugrappa said.
An alleged conversation on a video clip between two Karnataka Congress leaders about state Congress President DK Shivakumar has created shockwaves. In the video, Congress state unit media coordinator MA Saleem and former Lok Sabha MP VS Ugrappa, before a press conference possibly not aware that the mikes and cameras were on, were heard speaking about DK Shivakumar.
Saleem was heard in the video making allegations against the Congress chief and another person. The two leaders were also heard discussing Shivakumar's personality and comparing him with the Karnataka Leader of Opposition Siddaramaiah and other issues related to his habits and the way he talks. (ANI)