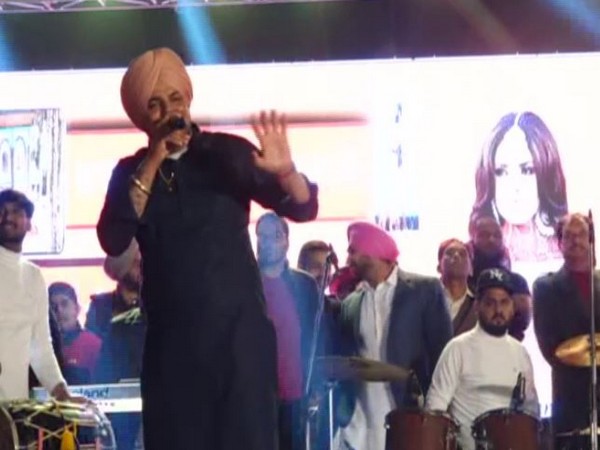 Chandigarh (Punjab) [India], Feb 3 (ANI): A case has been registered against two Punjabi singers Sidhu Moosewala and Mankirt Aulakh for allegedly promoting violence through a song uploaded on social media.

Senior Superintendent of Police (Mansa) Narender Bhargav said that both singers have been booked under Section 294 (sings, recites or utters any obscene song), 504 (intentional insult with intent to provoke breach of peace) and 149 (unlawful assembly) of the Indian Penal Code (IPC).
Bhargav further said that Moosewala's song "Pakhia pakhia pakhia, gun wich panj golia...(there are five bullets in the gun, which I have kept for your five brothers)" promotes violence and gun culture.
Punjab Chief Minister Captain Amarinder Singh has also expressed concerns over violence and promotion of gun culture in Punjabi songs.
Singh said that he will not tolerate such singers who are encouraging innocent young people for violence and hooliganism.
Earlier, during a show on January 31, Moosewala had questioned the Punjab government and censor board.
He said that if the government blames songs for drugs and weapons then it should ban liquor shops and stop giving arms licenses.
The Punjab and Haryana High Court had already directed the Director General of Police of Punjab, Haryana and Union Territory Chandigarh to ensure that no songs glorifying liquor, drugs, and violence are played even in the live shows. (ANI)