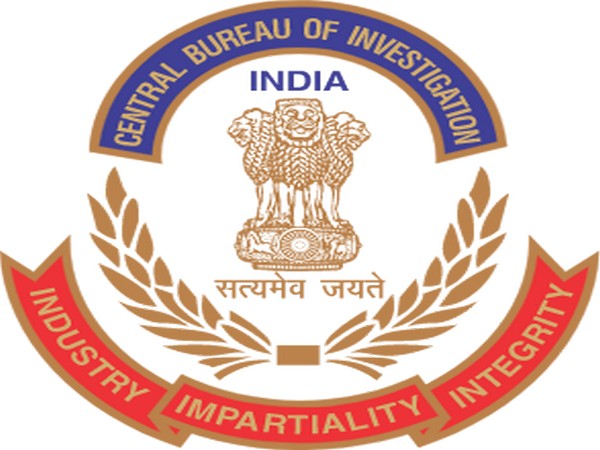 New Delhi [India], October 13 (ANI): The Central Bureau of Investigation (CBI) on Wednesday registered an FIR against the former deputy general manager (DGM) of National Projects Constructions Corporation (NPCC) and others for alleged corruption in the award of tender for the construction of Jawahar Navodaya Vidyalaya in West Bengal.

The FIR registered by CBI reads that Information has been received from a reliable source alleging therein that during the year 2018-19, Raman Prakash Gupta, former DGM, National Projects Constructions Corporation (NPCC) Limited Corporate Office, Gurgaon, Haryana entered into a criminal conspiracy with Sanjeev Kumar Agrawal, General Manager (Construction), Navodaya Vidyalaya Samiti (NVS) Noida (UP), Kishore Veer Pardasani, representing Deepsun Industrial Corporation, Kolkata, Jitender Manohar Joshi, Director, Probity Soft Private Limited, Pune, Maharashtra and unknown others for the purpose of causing unlawful gain to themselves, obtaining undue advantage by way of cheating, forgery and unauthorizedly tampering the computer system and disclosing the information without the consent of the concerned office.
"In pursuance to the said conspiracy, Kisore Veer Pardasani obtained the confidential information regarding price bids quoted by other participants in the tender for certain civil construction work of Jawahar Navodaya Vidyalaya (JNV), Jalpaiguri, West Bengal, floated by NPCC Ltd, from Jitendra Manohar Joshi which was entrusted with by NPCC Ltd for managing the software of tenders in connivance with RP Gupta, and after being selected lowest, again digitally revised the price bid to make it higher, and after being selected lowest, again digitally revised the price bid to make it higher, and for this, he paid a bribe to said RP Gupta and JM Joshi," reads the FIR.
"Sanjeev Agrawal, GM, NVS in his turn in the said conspiracy knowing fully well that the company of Kishore Veer Pardasani had become L-1 as it had quoted Rs. 25.81 crores (approx), approved the award of the contract at a price of Rs. 28.41 crores (approx) which were manipulated digitally by Kishore Veer Pardasani in connivance with the above-mentioned persons by paying a hefty amount to R.P. Gupta and Jitendra Manohar Joshi," it added.
It further said that information discloses that on February 22, 2019, in pursuance of the said criminal conspiracy, Raman Prakash Gupta conveyed to Kishore Veer Pardasani that said Jitender Mohan Joshi had agreed for disclosing the price quote of other co-bidders, against an illegal consideration of Rs 10.00 lacs and asked Kishore Veer Pardasani to arrange for a bribe sum of Rs 8.00 lacs, for the time being.
The case is under investigation. (ANI)