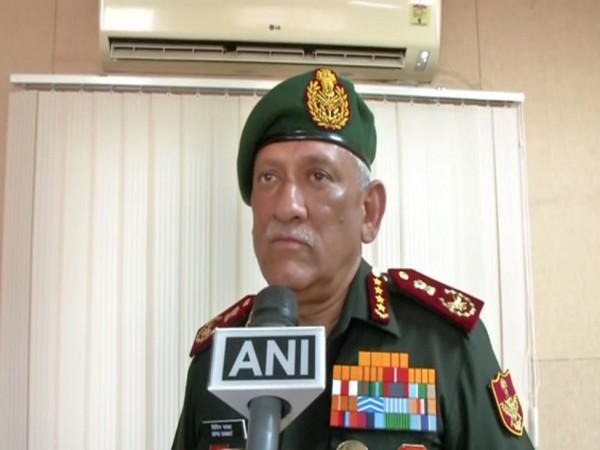 By Ajit K Dubey
New Delhi [India], Feb 2 (ANI): Amid criticism that the hike in the defence budget was not sufficient to meet services' modernisation needs, the Chief of Defence Staff (CDS) General Bipin Rawat on Sunday said that there was no cause of concern, even as he suggested steps like enhancing the retirement age to manage the issue of rising pension budget.

The CDS said that the defence forces should look at other resources for getting funds like fastening 'Make in India' in defence, which will reduce the cost of weapon acquisition as well as sourcing money from infrastructure funds and using defence land for building houses for troops.
Speaking to ANI, General Rawat said: "We will be prioritising our requirements for acquisitions and other requirements. After that, if we feel the need for more funds, we will take the requirements to the government. There is no cause of concern."
The CDS was commenting on the defence budget, which has been hiked by 6 per cent making it Rs 3.37 lakh crore, but several experts have termed it inadequate.
Asked about the budget management, he said, "As the Chief of Defence Staff, my mandate is to prioritise the procurement of equipment keeping in mind the balanced modernisation of the three services."
General Rawat said that for better financial management, "the purchase of equipment should be done in a phased manner keeping in mind the downtime of equipment due to the mandatory servicing or overhauling of equipment."
Because of this, the forces have started cutting down their bulk requirements into small ones like the decrease in order for Navy's requirement for 10 P-8I aircraft to six aircraft for the time being while same is being done in the Kamov-31 anti-submarine warfare choppers.
Rawat said that to control the rising pension budget from Rs 1.12 lakh crore to Rs 1.33 lakh crore, he would look at initiatives such as enhancing the retirement age of jawans and officers in the force.
"I will give high priority to pension management through the increase in age of retirement progressively in the three services keeping in mind the operational requirements of the different arms and services," he said.
The budget for pensions has gone up drastically in the last decade mainly after the implementation of the One Rank One Pension (OROP) and the 7th Pay Commission.
According to estimates, the enhancement of retirement age in the Army's services alone can delay the retirement of around 4 lakh jawans in the medical, ordnance and services corps.
The CDS also suggested the use of New Moti Bagh model for the construction of housing projects for the forces.
"We should resource the defence budget by supplementing it through other means like getting additional funds by speeding up 'Make in India' in defence which will bring down the cost of equipment, central road infrastructure fund and using the New Moti Bagh model for the construction of buildings and houses," he said.
Under the model called New Moti Bagh, which is the housing colony of bureaucrats in the national capital, the forces would use the money received in lieu of defence land used by the state and Central governments for building around 1.3 lakh houses across military stations in the country. (ANI)