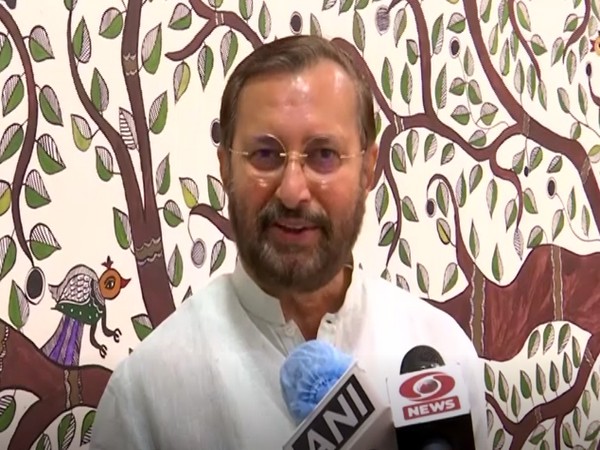 By Joymala Bagchi
New Delhi [India], May 22 (ANI): In a much respite to the artisans, the decision to ban the use of plaster of Paris (PoP) to make Ganapati and Durga idols has been delayed for a year.

Union Environment Minister Prakash Javadekar said: "The decision to ban the use of plaster of Paris (PoP) to make Ganesh idols has been delayed for a year."
"This will help the artisans, who have already invested in purchasing materials and have prepared or are busy preparing for the upcoming Ganpati and Durga puja festivals," he added.
The decision will serve as a big relief to lakhs of artisans whose livelihood has been severely impacted due to COVID-19 pandemic.
Earlier this month, the Central Pollution Control Board (CPCB) in its revised guidelines has forbidden the use of plastic, thermocol and plaster of Paris for making idols.
The report observed: "Traditionally, clay is used to make Ganesh idols. Over the years, however, plaster of Paris (PoP), which is lighter and cheaper, has become the favoured material to mould idols. PoP contains chemicals such as gypsum, sulphur, phosphorus, and magnesium."
"The dyes used to colour these idols may also contain mercury, cadmium, arsenic, lead, and carbon. Plastic and thermocol accessories are used to decorate these idols. Such materials are not biodegradable, hence are toxic when immersed in water bodies. Hence, the need was felt to develop guidelines for idol immersion," adds the report.
In the guidelines for craftsman, it says that allowed and promoted and idols made up of PoP shall be banned. Instead, idols made up of traditional virtuous like clay and mud as well as free from PoP, plastic and thermocol (polystyrene) should be encouraged.
Previously, the guidelines on idol immersion were formulated by the CPCB in 2010.
The decision made by the Ministry of Environment, Forest and Climate Change (MoEFCC) will help to stop added economic crisis that the artisans could have faced.
The staggering reality faced by the artisans has impacted adversely on the people associated with idol-making business across the country.
"Many of labourers have gone back to their native places and most of the orders have been cancelled. We don't know how to take things forward. The latest decision comes like a silver lining for us," said an artisan from Kolkata. (ANI)