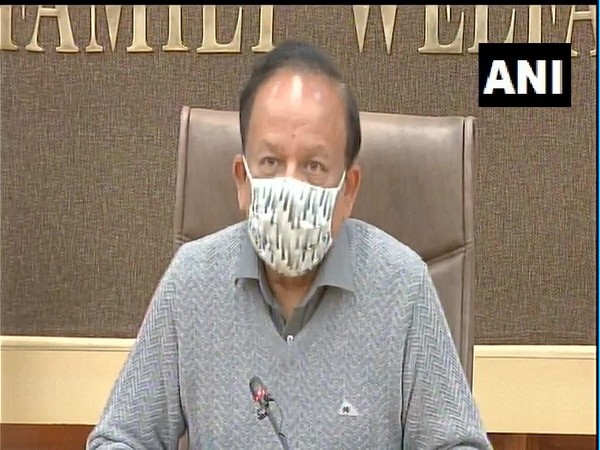 Expressing his elation at the timely importance of the event, Harsh Vardhan said, "NAFLD, the abnormal accumulation of fat in the liver in the absence of secondary causes of fatty liver, such as harmful alcohol use, viral hepatitis, or medications is a serious health concern as it encompasses a spectrum of liver abnormalities, from a simple non-alcoholic fatty liver (NAFL, simple fatty liver disease) to more advanced ones like non-alcoholic steatohepatitis (NASH), cirrhosis and even liver cancer. Globally, NASH caused 40 lakh prevalent cases of compensated cirrhosis in 1990, which increased to 94 lakh cases in 2017."
Underscoring the importance of tackling NAFLD as a step to tackling the country's burden of non-communicable diseases, he noted, as quoted in the Government of India (GoI) release.
"Epidemiological studies suggest the prevalence of NAFLD is around 9 per cent to 32 per cent of the general population in India with a higher prevalence in those with overweight or obesity and those with diabetes or prediabetes. Researchers have found NAFLD in 40 per cent to 80 per cent of people who have type 2 diabetes and in 30 per cent to 90 per cent of people who are obese," Harsh Vardhan said.
"Studies also suggest that people with NAFLD have a greater chance of developing cardiovascular disease. Cardiovascular disease is the most common cause of death in NAFLD. Once the disease develops, there is no specific cure available, and health promotion and prevention aspects targeting weight reduction, healthy lifestyle, and control of aforementioned risk factors are the mainstays to disease progression and prevent the mortality and morbidity due to NAFLD," he added.
The Minister expanding on the government's plan to curb deaths due to NCDs linked with the condition said, "NAFLD is an independent predictor of future risk of cardiovascular diseases, type 2 diabetes and other metabolic syndromes like hypertension, abdominal obesity, dyslipidaemia, glucose intolerance. The Government of India is of the view that existing NPCDCS programme strategies can easily be aligned to prevent NAFLD through lifestyle changes, early diagnosis, and management of associated non-communicable diseases as well as NAFLD."
The Health Minister also took the occasion to remind the audience that India is becoming the first country in the world to identify the need for action for NAFLD.
He said, "The Government of India has realized that the existing NCD programme's strategies can now be aligned to achieve the objectives to prevent and control NAFLD with: behavior and lifestyle changes; early diagnosis and management of NAFLD and building of capacity at various levels of healthcare for prevention, diagnosis and treatment of NAFLD."
He further elaborated on the importance of the Ayushman Bharat- Health and Wellness Centres (AB-HWCs) in curbing NCDs.
"The Ayushman Bharat programme has so far screened 838.39 lakh, people, for hypertension, 683.34 lakh for diabetes and 806.4 lakh for the three common forms of cancer through the HWCs.They have so far organised 6.91 lakh yoga and wellness sessions at the community level. Apart from treating the poorest of the poor, they are also mandated to inculcate healthy living at the grassroots among the community. Along with the focus of 'Eat Right India' and 'Fit India Movement', the entire vision of the government is to move from Diagnostic Cure to Preventive Health", he stated.
In this regard, he reminisced how he advised patients to abstain from tobacco and alcohol instead of suggesting medicines in the prescription as a young doctor.
He had also made the Delhi Medical Association a 'no-smoking zone' during his one year of Presidency. To broaden the movement, he suggested that health journalists and media, in general, play an important role in spreading awareness and information on NCDs and how a fit lifestyle can help avoid them and encouraged everyone to improve their own health awareness and remain physically active.
He also assured the support of the Ministry of Health and Family Welfare to the medical community in any endeavour in this direction. (ANI)