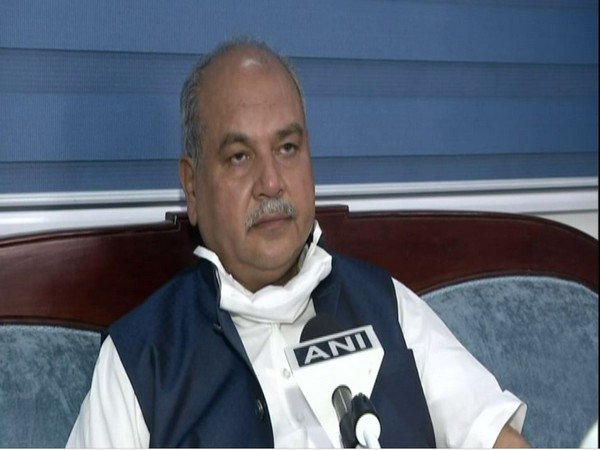 New Delhi [India], May 23 (ANI): The Union Agriculture Minister Narendra Singh Tomar on Friday said the Central government is promoting Beekeeping as part of its aim to double farmers' income.

Addressing a webinar organised by the National Cooperative Development Corporation (NCDC), Tomar said that the government has "allocated Rs.500 crore towards Beekeeping under the Atma Nirbhar Abhiyan."
Tomar said, that with the rising honey exports, beekeeping will be an important factor in achieving the goal of doubling farmers' income by 2024.
"He said the National Bee Board has created four modules to impart training as part of the National Beekeeping and Honey Mission (NBHM) and 30 lakh farmers have been trained in beekeeping. They are also being financially supported by the Government," read the press release by the Agriculture Ministry.
The Minister said the Government is implementing the recommendations of the Committee to promote beekeeping. He said: "Under the guidance of Prime Minister Shri Narendra Modi the Government has launched 'Honey Mission' as part of 'Sweet Revolution' which has four components. Even small and marginal farmers can adopt beekeeping since investment is low and returns high." (ANI)