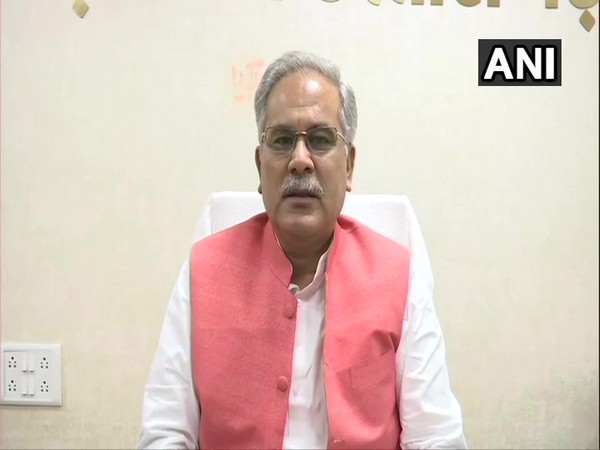 According to a release from the CMO, Chief Minister Baghel in his letter has suggested that trains should run point to point like Shramik Special trains for labourers.
He has said that trains should have a maximum of two stoppages and from the perspective of social distancing, the number of passengers should be kept below the prescribed capacity.
He also requested the Railway Minister to give concession in fares of all classes to passengers on humanitarian grounds in this hour of crisis," reads the release.
Chief Minister Baghel has requested the Railway Minister that the trains should be run point to point, state to state, in accordance with the system laid down in relation to the Shramik special train operation.
"Only two stoppages of the train should be kept so that contact with passengers can be controlled. From the point of view of social distancing, the number of passengers in the train should be kept below the prescribed capacity. This will help in the proper screening of travelling persons," Baghel wrote in the letter.
"After leaving the train, be sure to provide detailed details of the list of citizens travelling, mobile number, Aadhaar number, address etc. to the states, so that necessary arrangements can be made by the state governments. All citizens arriving by train should be made compulsory to stay in quarantine for 14 days. In view of the circumstances arising as a result of the lockdown, concession should also be provided to passengers by reducing the fare of all classes on humanitarian grounds," the letter adds.
Over 2,600 Shramik Special trains have run till date and more than 35 lakh migrants have used these trains to reach their respective destinations, said Punya Salila Srivastava, Joint Secretary, Ministry of Home Affairs (MHA) on Saturday. (ANI)