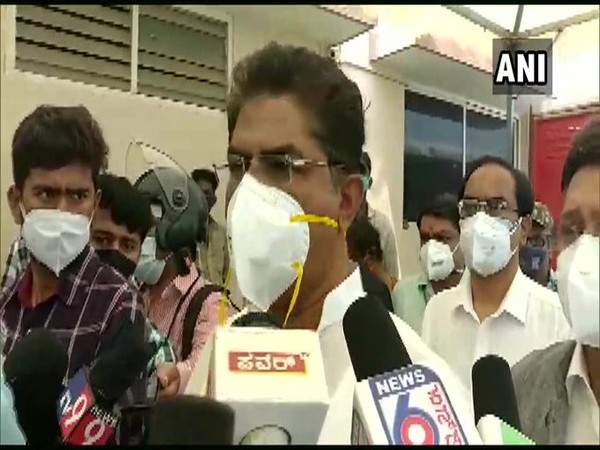 "Chief Minister's chair is perfectly occupied already with our leader," he said.
The minister further stated, "The ones who considered themselves in the race of becoming Chief Minister are in a bus which has no fuel. Some are trying to reserve the Chief Minster's seat. They must understand that it's not vacant. They are trying to achieve something which is not possible."
R Ashoka further clarified that he is not in the race.
"I am not in the race of the Chief Minister's post and I do not know about the future. Chief Minister BS Yediyurappa's bus is going well," he told media persons.
The minister further slammed the Congress leader and former Chief Minister Siddaramaiah saying that their party must first resolve their own issues.
"Instead of instigating about the position of the Chief Minister, it would be better for Siddaramaiah to think about his own party. There is an internal tussle between Siddaramaiah and DK Shivakumar. They are fighting for the post of Chief Minister in future. Let them clear this tussle first," said Ashoka.
To calm down the speculation about the leadership change in the state, the revenue minister earlier also spoke in favour of the Yediyurappa. He said that there was no question of leadership change in Karnataka and BS Yediyurappa would continue as the Chief Minister.
Earlier, Yediyurappa on Sunday stated that he will resign from the post the day the party high command asks him to quit.
While speaking to the media persons he said, "I will resign the day party high command asks me to quit. I do not speak about the rumours and the speculation created by some of the ministers and legislator."
"High command has given me the opportunity - I am trying to utilise it and I am trying to serve the people. I do not want to comment on the rumours of whoever speaks against me. If my high command wants me to resign, I will resign. I myself am involved in working for the development of the state," he added. (ANI)