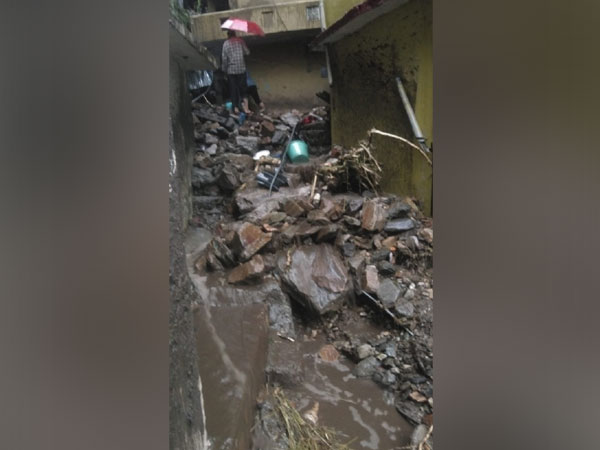 Chamoli (Uttarakhand) [India], May 5 (ANI): The ongoing NTPC (National Thermal Power Corporation) projects in the Tapovan area of Uttarakhand have been halted due to a rise in the water level of the Rishiganga river after a cloud burst in the Chamoli district.

According to District Magistrate Swati Bhadoria, villagers residing nearby have been cautioned to stay out of the water.
"At around 8 pm today, the water level had risen in Tapovan area's Rishiganga river due to which officials halted operations of ongoing NTPC project and villagers residing nearby were cautioned to stay out of the water," Bhadoria said.
A cloudburst in the Binsar hill area of Chamoli district on Tuesday left major destruction in the market with several shops buried under debris.
Chief Minister Tirath Singh Rawat informed that the District Magistrate has directed officials to provide immediate relief to the affected people.
"The state government will ensure proper treatment of the injured and complete arrangement of food and shelter for the homeless. We are assessing the loss and will provide permissible assistance to the affected people at the earliest," Rawat said in a tweet.
No casualties were reported in the incident. Local officials and the State Disaster Relief Force (SDRF) reached the spot and rescued a man and his two children rescued. (ANI)