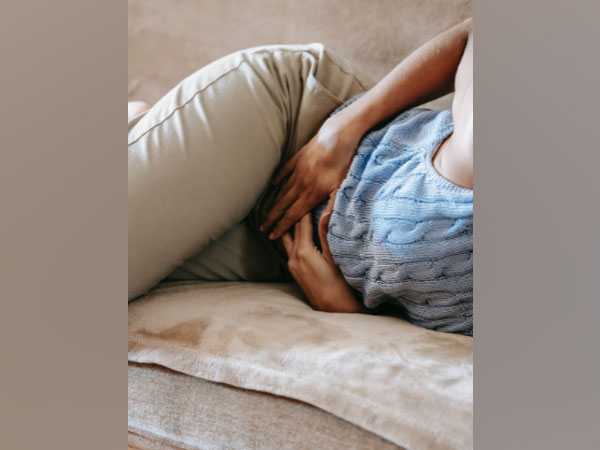 Washington [US], October 14 (ANI): As women near menopause, their menstrual cycle length often becomes longer. The timing of these changes could provide clues about a person's risk of developing heart disease, according to a new study led by University of Pittsburgh researchers.

Published in the journal 'Menopause', the study characterises cycle length changes over the menopause transition and found that women whose cycle increased in length two years before their final menstrual period had better measures of vascular health than those who had stable cycle lengths during this transition.
In combination with other menopause-related characteristics and health measures, changes in cycle length could help clinicians predict which patients may be at greater or lesser risk of cardiovascular disease and recommend preventive strategies.
"Cardiovascular disease is the No. 1 killer of women, and the risk significantly increases after midlife, which is why we think that menopause could contribute to this disease," said lead author Samar El Khoudary, PhD, associate professor of epidemiology at Pitt's Graduate School of Public Health.
El Khoudary added, "Menopause is not just a click of a button. It's a multistage transition where women experience many changes that could put them at higher risk for cardiovascular disease. Change in cycle length, which is linked to hormone levels, is a simple metric that might tell us who is more at risk."
The average duration of a menstrual cycle is about 28 days, but this can vary widely among women. Those with frequent short cycles spend more time with high estrogen levels compared to those with fewer long cycles, and this variation in hormone levels could explain why long and irregular cycles during reproductive years have been linked with cardiovascular disease, breast cancer, osteoporosis and other conditions.
El Khoudary and her team wondered if changes in cycle length during the menopause transition could also predict future cardiovascular health. To answer this question, the researchers analysed data from 428 participants enrolled in the ongoing Study of Women's Health Across the Nation.
The study followed women aged 45 to 52 at the time of enrollment for up to 10 years or until postmenopausal. The researchers collected menstrual cycle data throughout the menopause transition, and they assessed cardiovascular risk after menopause by measuring arterial stiffness or artery thickness.
The researchers noted three distinct trajectories in menstrual cycle length during the menopause transition. About 62 per cent of participants had stable cycles that didn't change appreciably before menopause, whereas about 16 per cent and 22 per cent experienced an early or late increase, defined as an increase in cycle length five years or two years before their final menstrual period, respectively.
Compared to women with stable cycles, those in the late increase group had significantly more favourable measures of artery hardness and thickness, indicating a smaller risk of cardiovascular disease. Women in the early increase group had the poorest measures of artery health.
"These findings are important because they show that we cannot treat women as one group: Women have different menstrual cycle trajectories over the menopause transition, and this trajectory seems to be a marker of vascular health," said El Khoudary.
El Khoudary added, "This information adds to the toolkit that we are developing for clinicians who care for women in midlife to assess cardiovascular disease risk and brings us closer to personalising prevention strategies."
The researchers hypothesise that menstrual cycle trajectories during menopause reflect hormone levels, which in turn contribute to cardiovascular health. In future work, they plan to assess hormone changes to test this hypothesis.
According to El Khoudary, it's not clear why cardiovascular disease risk was higher in participants with stable cycles compared with the late increase group. Although research suggests that high estrogen may protect the heart in young women with short cycles, this hormone may be less protective in older age.
El Khoudary also wants to explore whether menstrual cycle patterns are linked to other cardiovascular risk factors such as abdominal fat, which she previously found to be associated with heart disease risk in menopausal women. (ANI)