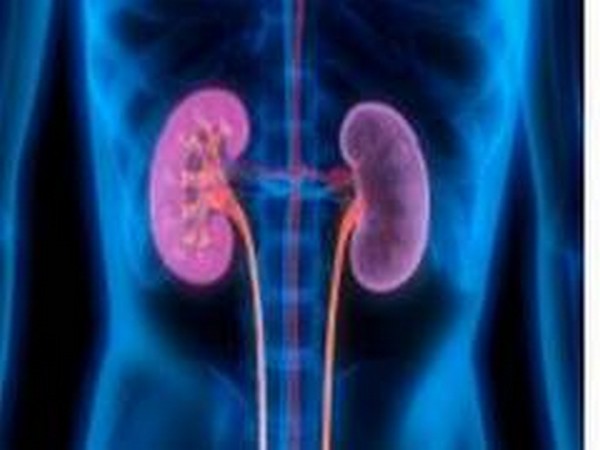 Washington [US], May 5 (ANI): Studying protein changes in the kidneys as we age, as well as the transcription of genes into proteins, helps provide a full picture of the age-related processes that take place in these organs, says a recent study published in eLife.

Ageing causes many changes in the body and in essential organs such as the kidneys, which function less efficiently later in life. Age-related changes in the kidneys have mostly been reported by looking at the transcription of genes the process by which a segment of DNA is copied into RNA.
The current study suggests that this approach, combined with studying changes in proteins, gives us a better understanding of age-related changes in the kidney and may point to new approaches for treating age-related kidney dysfunction.
"Physiological changes in kidney function during ageing are well documented, but little is known about the underlying molecular processes that drive this loss of function," explains first author Yuka Takemon, who was a research assistant at the Jackson Laboratory in Bar Harbor, Maine, US, when the study was carried out and is now a PhD student at the Michael Smith Genome Sciences Centre, University of British Columbia, Canada.
"Many previous studies of these physiological changes have looked at the transcription of genes into proteins by measuring messenger RNA (mRNA), but we wanted to see if we could gather more insights by combining this approach with studying protein levels in the kidney."
In their study, Takemon and colleagues looked at age-related changes in kidney function in about 600 genetically diverse mice. They also measured changes in mRNA and proteins in kidney samples from about one-third of the animals.
They discovered an age-related pattern of changes in both mRNA and proteins in the mice that suggests the animals have increasing numbers of immune cells and inflammation in their kidneys, as well as decreased function in their mitochondria, which produce energy for the cells.
However, not all of the changes in proteins corresponded with changes in the mRNA, suggesting that some of the protein changes occur after the transcription of genes into RNA.
This could mean that older kidneys become less efficient at building new proteins, or that proteins are broken down more quickly in older kidneys. If further studies confirm this, it could mean that therapies or interventions that promote protein building or slow protein breakdown may be beneficial for treating kidney diseases associated with ageing.
"Our study suggests that mRNA measurements alone provide an incomplete picture of molecular changes caused by ageing in the kidney," concludes senior author Ron Korstanje, Associate Professor at the Jackson Laboratory. "Studying changes in proteins is also essential to understanding these ageing-related processes, and for designing possible new approaches for treating age-related diseases." (ANI)