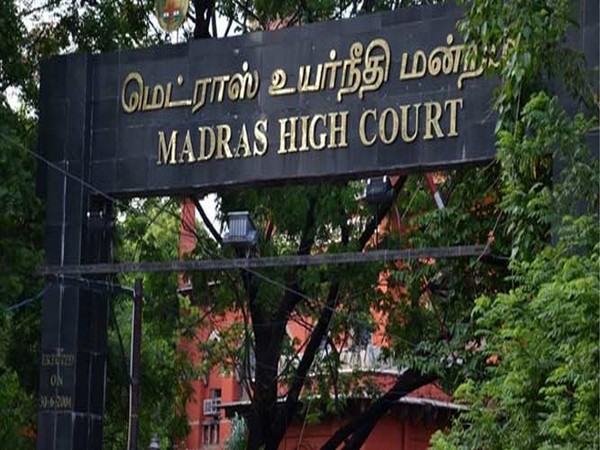 Chennai (Tamil Nadu): Father of a 23-year-old techie, Subashree who died last month after an illegal flex board fell on her in Chennai's Pallikaranai area, on Wednesday moved the Madras High Court asserting that the Tamil Nadu government has not yet replied to his request to compensate Rs 1 crore and order an SIT probe into the matter.

Father of the deceased, R Ravi stated in his petition that he had submitted a representation to the Tamil Nadu government seeking compensation of Rs 1 crore, the constitution of a special investigation team and enactment of an Act to curb illegal erection of hoarding on the roads, last month.

"Till date, the respondent (Tamil Nadu government) has not chosen to reply and consider the same," it reads.

Subashree was run over by a water tanker as she fell down on the road when an illegal life-size hoarding, which was put up by a ruling AIADMK functionary, fell on her in Pallikaranai area of Chennai on September 12, last month. The victim was returning home from the office when the accident took place.

Ravi stated that his daughter died due to the negligence of the incumbent state government.

"The inaction on the part state that the law enforcing machinery is not prevented or removed the illegally erected unauthorized digital banners on the day of the accident," the petition stated.

A day after Subashree death, the High Court had directed the government to give interim compensation of Rs 5 lakhs to the kin.

Taking disciplinary action following the death, the police had earlier arrested AIADMK's ex-councillor, Jayagopal in connection with the case. He was later sent to judicial custody.

After the incident, the High Court had directed the state government and Chennai Corporation to take action against the officials who failed to take cognisance of the board which was illegally put up which led to her death.

The court had also asked the state government to submit a report mentioning steps to eradicate the banner culture and actions taken in the matter pertaining to Subashree's incident.