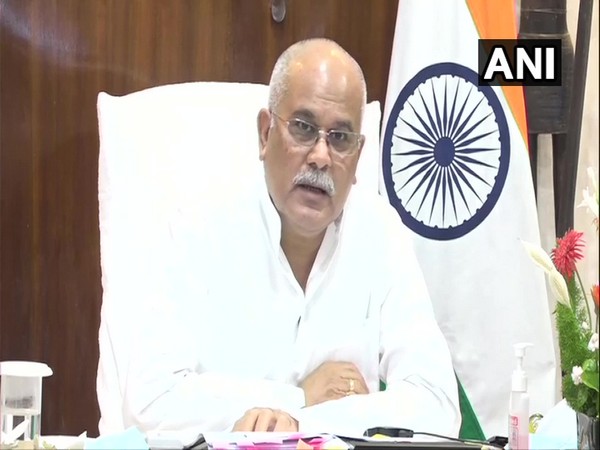 On request of the Chhattisgarh Chamber of Commerce and Industries, Baghel has written a letter to Union Minister and demanded to postpone the due date of filing various kinds of returns in April and May for two months. In addition, Baghel also requested Union Minister to consider the extension of the deadline for principal and interest installments against business loans by at least three months, considering their problems due to the state being a 'containment zone'.
As a final and effective measure to contain the second and more fatal wave of COVID pandemic in Chhattisgarh, all the districts of the state including Raipur have been declared as containment zones from April 9 to May 6 morning. Subsequently, the economic and business activities have been withheld in the state. As a result, small and medium category businessmen of the state are facing a financial crisis.
Chhattisgarh Chamber of Commerce and Industries has demanded certain immediate relief to help them overcome this crisis.
Baghel has stated in the letter that as April is the first month of the financial year 2021-22, the due date for obligations under TDS and And TDS Act is scheduled for this month. However, the economic activities in the state have been suspended for COVID-19 containment, because of which the businessmen are finding it difficult to tally their accounts and file returns in the given time period before the due date.
The employees in their offices, establishments such as accountants, data entry operators, management staff are either home-isolated or in hospital due to COVID infection. Likewise, various advisors of the businessmen such as Chartered Accountant, Company Secretary, Tax Advisor are also suffering from COVID-19 and unable to provide their services. Considering the aforementioned situation, Chamber has requested for postponement of the last dates to file various returns by two months.
Chief Minister has mentioned that the cash flow of businesses and industries in the state has got adversely affected due to the suspension of economic and business activities in the state at present. Hence, considering the time it may take for the current situation to improve, businessmen are having an extremely tough time returning the principal and interest amount against the business loans taken from various banks and financial institutions. Chamber has demanded a moratorium period of at least three months to pay the installments of the principal amount and the interest against the business loans. State Government completely agrees with both the demands of Chhattisgarh Chamber of Commerce and both the subjects are related to the jurisdiction of your ministry, stated Chief Minister in the letter.
He requested the Union Minister to sympathetically consider the problems of small and medium businessmen of the state in this critical time of the disaster, and take urgent positive steps on these justified demands. These measures would prove quite helpful in providing the desired relief to the businessmen of the state in the current financial year. (ANI)