Chhattisgarh govt accepted defeating me in elections is impossible, says Amit Jogi after rejection of nomination from Marwahi 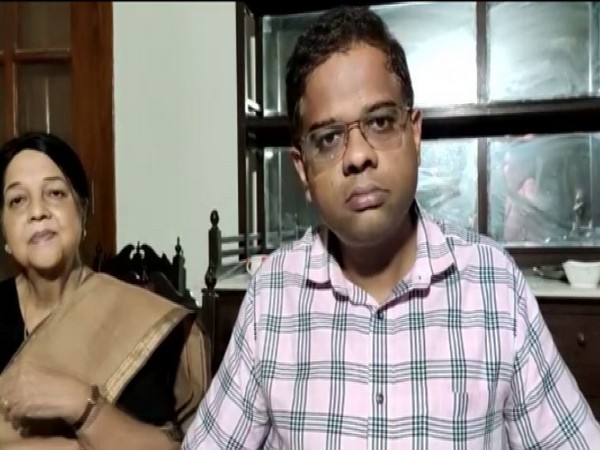 Marwahi (Chhattisgarh) [India], October 18 (ANI): The Congress government in Chhattisgarh has accepted that defeating me in elections is impossible and thereby they had to get my nomination rejected, said Janata Congress Chhattisgarh (JCC) chief Amit Jogi.

"The biggest court is that of the public, maybe they have sidelined me from the polls but Marwahi and Jogi cannot be separated. It's now final that the government has accepted that defeating Jogi is not just difficult but impossible and that is why they had to take this step. We will continue our fight in the courts and amidst the public too," Amit Jogi said.
It is important to note that nominations of both Amit Jogi and his wife Richa Jogi for upcoming by-polls in Marwahi constituency were disqualified yesterday. A high-level investigation committee on October 15 had cancelled Amit Jogi's caste certificate.
Meanwhile, lawyer of the Congress candidate from the Marwahi seat, Krishna Kumar Dhruw welcomed the decision and termed it a victory of the truth.
"We had raised an objection that Amit Jogi's caste certificate had been cancelled, thereafter, Amit Jogi's nomination was disqualified. Marwahi is an ST seat, therefore, we had approached them with our objections. In the case of his wife, we had said that her certificate had been cancelled by the district level investigation committee, and sent it to the state-level committee, therefore, her nomination too was disqualified," the lawyer said.
The lawyer further said it a victory of the tribal population of the state.
This is the first time that a member of the Jogi family will not be contesting from the Marwahi seat since the formation of the state.
By-elections for the Marwahi seat will be held on November 3. The Assembly seat had fallen empty after the death of former chief minister Ajit Jogi in May this year. (ANI)