Chidambaram should have got bail earlier: Shashi Tharoor 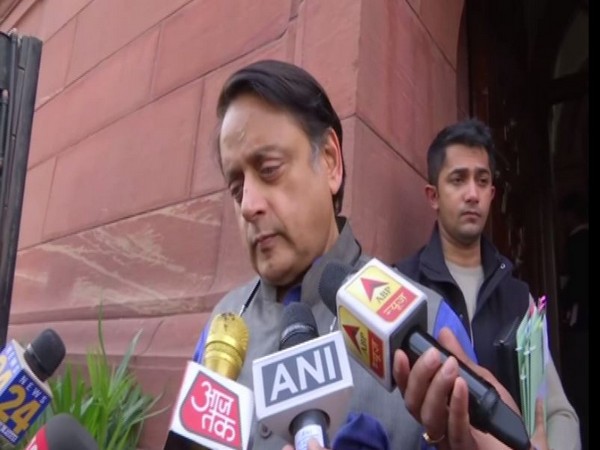 "What exactly has changed to justify this delay? In any case, something has happened and former Finance Minister P Chidambaram has been given what he should have been given some time ago. We welcome the verdict. We look forward to seeing him a free man so that he can pursue justice in this case," Tharoor told reporters here.
"But justice delayed is justice denied. This should have been granted much earlier. Nothing is different from three months ago," Tharoor tweeted from his official handle.
DMK leader TKS Elangovan also called the case against Chidambaram as a part of political vendetta being pursued against him.
"Why should they keep him unnecessarily in jail. This is the attitude of the government against the Congress and other opposition parties. Whoever wants to oppose them, they want to crush that opposition. This is political vendetta. Now the Supreme Court has understood this and released him on bail. It is a welcome decision," he said.
On the other hand, BJP leader GVL Narasimha Rao said that the bail given to Chidambaram is by no means a clean chit to him because the allegations against him are of a very serious nature.
"A bail for former Finance Minister P Chidambaram is by no means a clean chit to him. In fact, he has been in custody for over three months now. Both the Supreme Court and Delhi High Court have repeatedly rejected bail applications for him so far. The allegations against him are very serious and evidence against him is very clinching," Rao said.
"After several months, he has got bail as per his legal rights. But certainly, Chidambaram will face conviction because of the mountain of evidence against him. Today he has joined bailed Congress leaders like Sonia Gandhi and Rahul Gandhi and he can proudly proclaim that he is part of this club," he added.
Earlier today, the Supreme Court granted bail to Chidambaram in the INX Media money laundering case registered by the Enforcement Directorate (ED).
A Bench of Justice R Banumathi, Justice AS Bopanna and Justice Hrishikesh Roy set aside the Delhi High Court's order which had refused to grant bail to Chidambaram.
The top court observed that Chidambaram shall not tamper with evidence and not influence the witness. He shall not give a press interview and not make public statements with regard to this case.
The Congress leader was first arrested by the Central Bureau of Investigation (CBI) on August 21 in the INX Media corruption case but was granted bail by the Supreme Court two months later.
He was arrested by the ED in the money laundering case on October 16. (ANI)