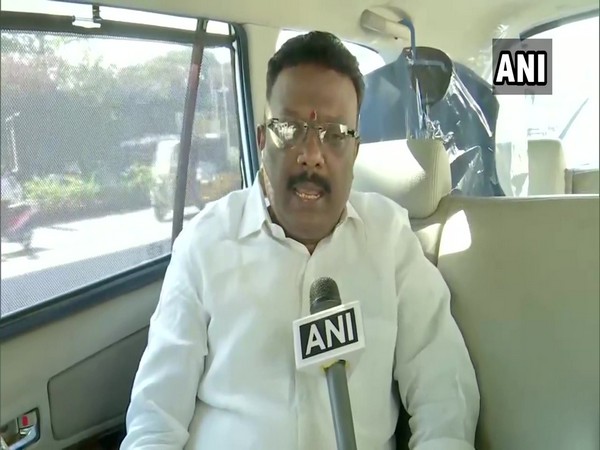 Hyderabad (Telangana) [India], February 24 (ANI): All India Congress Committee (AICC) spokesperson Sravan Dasoju has alleged that Telangana Chief Minister K Chandrashekhar Rao is acting irresponsibly in handling public money and due to his callousness and lopsided priorities, the state has been pushed into a debt trap of Rs 4,000 crore.

Dasoju, an ex-MP and Senior Congress leader of Telangana told ANI: "In the country, there is no Chief Minister like Telangana Chief Minister K Chandrashekhar Rao who is acting irresponsibly in handling public money. "
He said, "Once a state with surplus revenue, Telangana is now in a debt trap of almost Rs. 4,000 crores. This clearly indicates the callousness and lopsided priorities of Chief Minister K Chandrashekhar Rao."
Sravan further said that there has been no improvement in the state of Telangana since 2014 in terms of employment and infrastructural development.
"On one side KCR violates the Fiscal Responsibility and Budget Management (FRBM) norms and gets loans from various sources including the private sources and on the other side, he spends the government money on various unproductive projects. At the end of the day, people of Telangana are still suffering from lack of unemployment, no infrastructural development activities since 2014," the Congress leader said.
Sravan further said that CM KCR is behaving like he is the owner of public money.
Sravan said, "CM is just a custodian to the public money, but instead CM KCR is behaving like the owner of public money and is spending without any accountability and transparency. The Congress Party demands, why is that debt of 4,000 crores of rupees levied on the people of Telangana." (ANI)