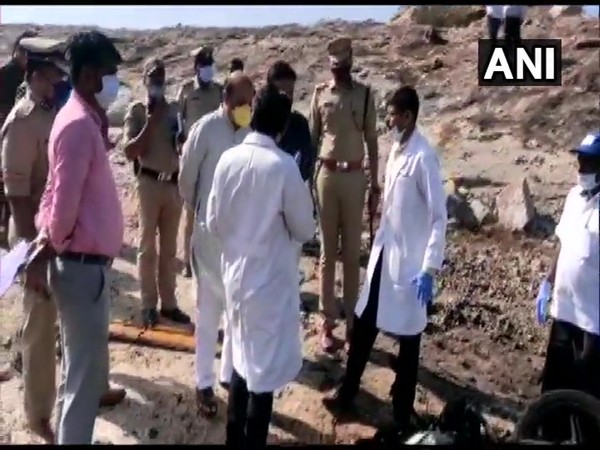 Chikkaballapur (Karnataka) [India], February 23 (ANI): Karnataka Mines and Geology Minister Murugesh Nirani on Tuesday said that the explosives in the Chikkaballapur incident were stored before the Shivamogga blast.

"I have learnt from officials that explosives were stored before the Shivamogga blast. The accused will not be spared no matter how much influence they wield. I am in Delhi for official work. I will be leaving for Bengaluru this evening and directly head to the blast site," said the Karnataka minister.
Geology Minister Murugesh Nirani said that the Home Minister Basavaraj Bommai, Health Minister Dr K Sudhakar, Chikkaballapur District Collector, Superintendent of police and our department officials have inspected the spot and assessing the situation.
"These tragic incidents remind us the importance of training skilled workers and establishment of mining school. The people involved in the mining activities should be given training on careful handling of gelatin sticks, detonators and other explosive items at mining sites," he said.
He further said that the government is planning to set up a mining school and committed to ensure the safety of people in the mining areas. Stringent action will be taken against anyone involved in illegal mining activities and irregularities.
At least six people have died and others have sustained injuries in a quarry blast at Chikkaballapur district. (ANI)