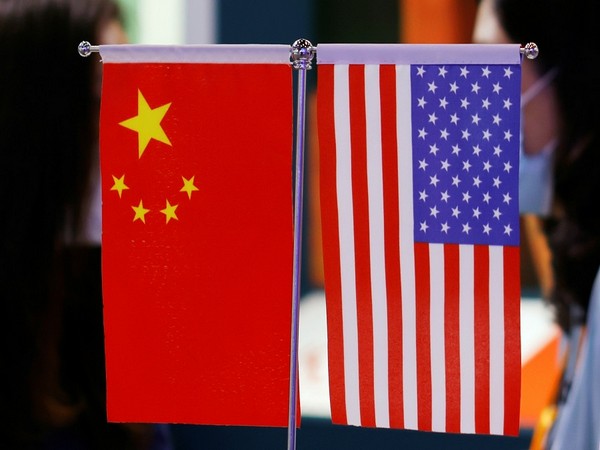 Beijing [China], September 14 (ANI): Afghanistan has long been considered a graveyard for conquerors--Alexander the Great, the British Empire, the Soviet Union and now the United States. Now China has entered the graveyard and some in Beijing claimed that China would succeed where the United States had failed.

But Seth G Jones and Jude Blanchette, writing in Foreign Affairs said that what's bad for Washington isn't necessarily good for Beijing.
Afghanistan is a Pandora's Box for China. Beijing's leaders are deeply anxious about the emerging order in Afghanistan, which could threaten the region's stability and enable jihadi terror to spill over into China's restive western regions, which are home to large Muslim populations.
Along with Afghanistan's other neighbours, China must now depend on the Taliban to stabilize a fractured and violent country, says Jones and Blanchette.
Beijing knows that the group's governing track record is bleak, even in the rural areas it has controlled for the past several years. And to make matters worse, Afghanistan's economy will struggle to rebound without an enormous infusion of international aid, including from China.
Such uncertainty will exacerbate Beijing's long-standing fears about transnational extremist links between Afghanistan and Xinjiang, the autonomous region in western China where the government has interned more than a million Muslim Uyghurs under the pretence of counterterrorism and internal order.
It will also heighten concerns about regional stability, especially in the lead-up to China's 20th Party Congress next fall, when Chinese leader Xi Jinping will solidify his plan to serve a third term as general secretary of the Chinese Communist Party (CCP).
Finally, the crisis in Afghanistan could test China's relationships with Russia and Pakistan, as all three countries jockey for influence with the Taliban and struggle to deal with a collapsed state and attendant humanitarian crisis in their neighbourhood, says Jones and Blanchette.
Beijing's short-term goals in Afghanistan are relatively clear. At the top of the list is for the Taliban to establish an internationally recognized government. Only then can the Taliban begin to meet Beijing's expectations.
Beijing is also eyeing Afghanistan's estimated USD 1 trillion in mineral deposits, including iron, copper, and lithium. US and Western companies mostly stayed away from extraction efforts because of the risk, but China might be able to leverage its vast army of state-owned enterprises and government-financing entities to tap these resources, reported Foreign Affairs.
"Now China enters--armed not with bombs but construction blueprints, and a chance to prove the curse can be broken," Zhou Bo, a retired senior officer in the People's Liberation Army, opined in The New York Times.
But before Beijing can realize any of these goals, it will have to address the threats emanating from Afghanistan. Chief among them is a potential jihadi sanctuary on China's western border, where Beijing is already sensitive about terrorist threats, says Jones and Blanchette.
As Zhao Huasheng, one of China's top Afghanistan experts, recently wrote, "To a great extent, Xinjiang's security and stability are the starting point for China's Afghanistan policy."
Of particular concern to Beijing is the presence in Afghanistan of several hundred fighters from the Eastern Turkistan Islamic Movement (ETIM), which seeks to establish an Uyghur state in Xinjiang.
Led by Abdul Haq, ETIM operates in such areas as Badakhshan, a remote province whose mountainous terrain will make it difficult for China or the Taliban to conduct military operations, reported Foreign Affairs.
According to a UN Security Council assessment, ETIM operatives have worked with a broad range of jihadi organizations, including al Qaeda, Jamaat Ansarullah, and Jamaat al-Tawhid Wal-Jihad. All three of these groups will likely remain active in Afghanistan, providing ETIM with multiple local allies.
The Taliban also have close relations with other militant groups in the region, including the Tehrik-i-Taliban Pakistan, Lashkar-e-Islam, and the Islamic Movement of Uzbekistan. This hodgepodge of groups worries Beijing because ETIM and other extremist organizations that threaten China may be able to thrive in a failed Afghan state.
Islamic State Khorasan, known as IS-K, has also threatened to attack China. An enemy of the Taliban, the group retains significant military capabilities, as evidenced by its attack on the airport in Kabul last month that killed 13 US service members and more than 170 others.
As Beijing assesses the post-American landscape in the region, the risks associated with the US exit outweigh the possible benefits, says Jones and Blanchette.
If China appears to be embracing the Taliban, that is because it has no choice. Beijing now faces a failed state in Afghanistan to its west, rising tensions with India to its southwest, a volatile and truculent partner in North Korea to its northeast, and escalating competition with the United States--most notably in the Taiwan Strait.
Xi's government craves stability and predictability, but after the US withdrawal from Afghanistan, it will likely get neither, says Jones and Blanchette. (ANI)