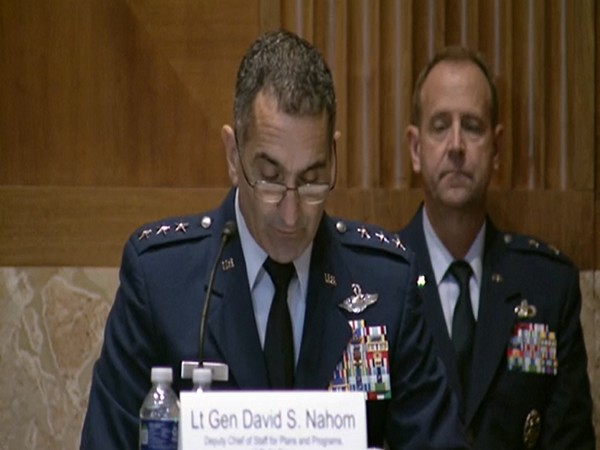 Washington DC [US], July 22 (ANI): China is building up its offensive air capabilities far faster than US military planners expected in their national defence strategy three years ago, an Air Force General said on Wednesday.

In a US Senate Appropriations Subcommittee hearing, Air Force Deputy Chief of Staff for Planning and Programs Lt. Gen. David Nahom told Congress said, "The threat is accelerating much more than we thought back in 2018,"
Speaking on the issue of Navy and Air Force weapons systems divestments, Nahom said that China was pushing ahead as fast as it could to expand its military power including air combat capabilities.
"China's actions show a sense of urgency, they see a future that is different from the one that we would want to see and they are taking action to realise that future," Nahom said.
"Their efforts include a massive build of military power and a clear intent to use that military to gain an advantage."
The US Air Force has said it plans to divest more than 200 aircraft with its fiscal 2022 budget request. According to the US Air Force, they wish to use the cuts to free up USD 1.3 billion to reinvest in their sixth-generation fighter, hypersonic weapons and other emerging technologies.
Earlier this month, the United States had expressed concern about China's accelerated build-up of its nuclear arsenal after a Washington Post report revealed that Beijing has been constructing more than 100 new missile silos in a desert area located in the western part of the country.
"These reports and other developments suggest that the PRC's (China) nuclear arsenal will grow more quickly and to a higher level than perhaps previously anticipated," State Department spokesperson Ned Price said when asked about reports that Beijing is building more than 100 nuclear missile silos.
"This build-up is concerning and it raises questions about the PRC's intents."
The spokesperson stressed that China's nuclear buildup reinforces the need for arms control measures and urged Beijing to work together on arms control in order to avoid arms races.
Ties between the US and China continue to deteriorate under the Biden administration and both global powers have clashed over several economic and human rights issues. (ANI)