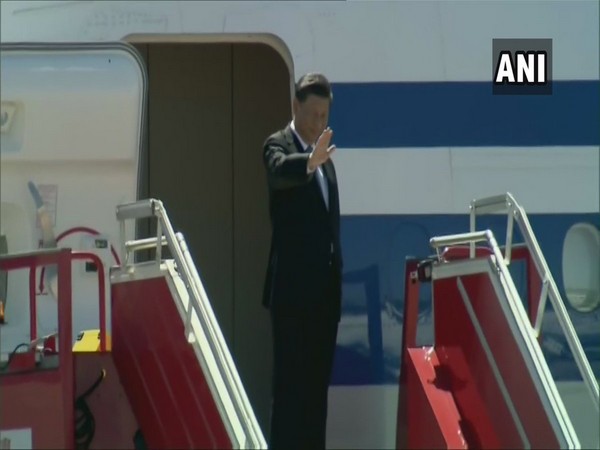 Xi was received by Nepalese President Bidya Devi Bhandari and Prime Minister KP Sharma Oli at the Tribhuvan International Airport, the Himalayan Times reported.
The Chinese President will have a meeting with Bhandari at 6:30 pm (local time) at Shital Niwas. Later, President Nepali Congress Sher Bahadur Deuba, who is the leader of the opposition, will call on the Chinese President.
In the evening, Bhandari will host a state banquet for Xi and members of the Chinese delegation
Earlier, Nepal's Foreign Office on Wednesday said in a statement that agreements will be signed between the two nations after delegation-level talks.
The Chinese President had earlier in the day held one-to-one and delegation-level talks with Prime Minister Narendra Modi on the second day of their informal summit at Mamallapuram in Tamil Nadu. (ANI)