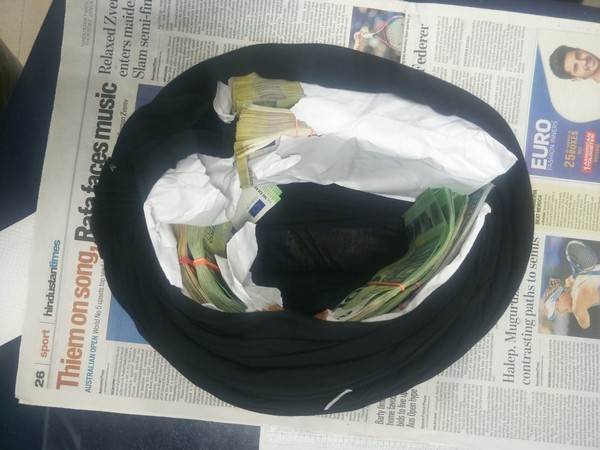 Two Afghan nationals and two Indians were arrested with the currencies.
The CISF said in the first case, $31,000 (Rs 22 lakh) was recovered on January 30. The accused were identified as Afghan nationals -- Abdul Saboor Amiri and Zafar Mohammad Nazari.
"During behaviour detection, CISF surveillance and intelligence staff of IGI Airport noticed suspicious activities of two foreign nationals. On physical checking of their bags, USD-31,000 worth approximately INR 22 lakh was found which were concealed inside the layer of clothes kept in their bags," read an official CISF release.
In another case, CISF detected Euro-1,19,200 and $2,000 worth Rs 96 lakh concealed in the turban of a suspect identified as Surinder Singh Seehra bound for Bangkok by flight.
In the third case that took place on January 31, CISF recovered $8050 worth Rs 16 lakh from an Indian national identified as Habibullah.
The CISF officials said the passengers along with the recovered foreign currency were handed to the Customs officials for further investigation. (ANI)