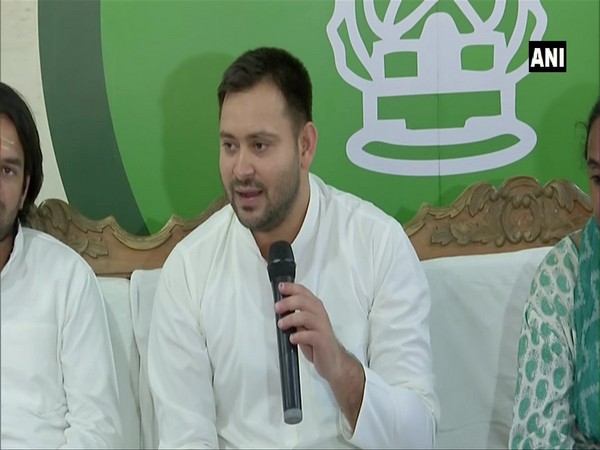 Yadav tweeted (roughly translated from Hindi), "No one is safe under the adulterated Bihar government. MLAs and their families are being massacred in public. The Chief Minister and his deputies cannot go to sleep until they count 100-150 corpses per day in Bihar".
He further asked, "Why is the Maharaja (king) of jungle raj silent?"
'RJD MLA's son-in-law fired at' read the headline of the news article the RJD Chief shared.
This comes two days after Yadav slammed the state government for the death of Rupesh Kumar Singh, a manager with IndiGo airlines who succumbed to his injuries after being shot at by unidentified bike-borne men in Patna's Punaichak area.
"Criminals are running the government in Bihar now," Yadav had tweeted. (ANI)