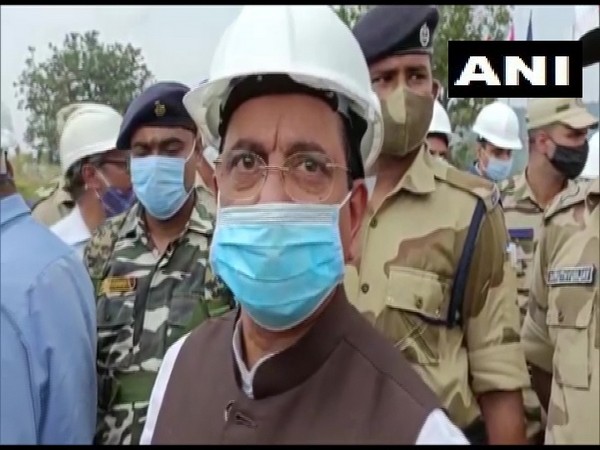 Chatra (Jharkhand) [India], October 14 (ANI): Amid the ongoing concerns regarding the coal supply in the country, Minister of Coal, Mines and Parliamentary Affairs Pralhad Joshi on Thursday said that the shortage of coal was due to rain and coal import was ceased.

Joshi, said, "There was a shortage of coal due to rain and as coal import was ceased. We are supplying 2 million tonnes of coal since yesterday."
Speaking on the efforts being taken, Joshi said, "We are making efforts to fulfill the demand for thermal coal power. I visited South Eastern Coalfields yesterday."
On October 9, Delhi Chief Minister Arvind Kejriwal wrote a letter to Prime Minister Narendra Modi claiming that there is a coal shortage situation that has affected the power generation plants supplying power to NCT and requested him to intervene in the matter.
Following this, the Ministry of Coal reassured the country that ample coal is available in the country to meet the demand for power plants. (ANI)