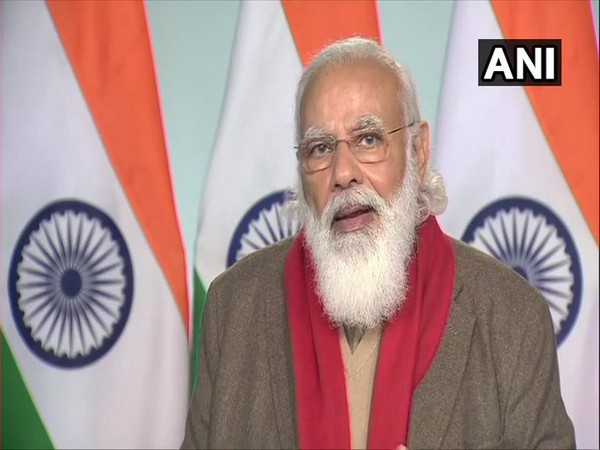 New Delhi [India], January 4 (ANI): The collaboration between industry and institutions is being strengthened in India, said Prime Minister Narendra Modi on Monday while adding that the country is among the top 50 countries in global innovation ranking today.

Prime Minister Modi made the comments at the inauguration of National Atomic Timescale and Bhartiya Nirdeshak Dravya, via video conferencing today.
"Today, India is among the top 50 countries in global innovation ranking. The collaboration between industry and institutions is being strengthened in India," said PM Modi during his address.
The Council of Scientific and Industrial Research-National Physical Laboratory (CSIR-NPL) have made a scientific evolution and evaluation of the country's development, the Prime Minister stated.
"I would like CSIR's scientists to communicate with students in more and more schools in the country and share their experience during COVID period. This will help to train a new generation of scientists for the future," said PM Modi.
The country will be completing 75 years of independence in 2022 and in 2047 we will be completing 100 years of independence. In this time period we have to set new standard and benchmarks keeping in view the resolve of 'Atmanirbhar Bharat', he added.