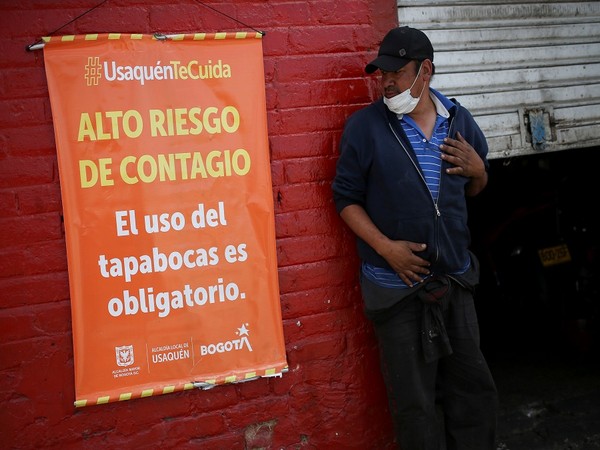 Bogota [Colombia], June 7 (ANI): Colombia's strike committee has unilaterally suspended talks with the government aimed at ending demonstrations in the country, the Colombian president's adviser on stabilisation and consolidation said.

Since last May 13, the Committee has held a series of meetings with the government to put an end to the nationwide demonstrations in Colombia.
"The National Strike Committee has decided to unilaterally suspend negotiations with the country's government. The government confirms its own desire for dialogue. We give importance to the work that has been carried out," Emilio Archila tweeted on Sunday.
Last week, the strike committee said its tenth meeting with the government had failed and called for further demonstrations.
Since April 28, Colombia has been gripped by protests against tax hikes, which continued even after the authorities discarded the initiative. Labor and student organisations demand social and healthcare reforms, demilitarisation of cities, and dissolution of Mobile Anti-Disturbance Squadron forces. According to official information, more than 2,000 people were injured in clashes between protesters and law enforcement officers, and at least 57 were killed, including three police officers.
The roadblocks set up by protesters reportedly cost the Colombian economy 400 billion pesos (USD 110 million) in daily losses, generating food and fuel shortages in several cities. (ANI)