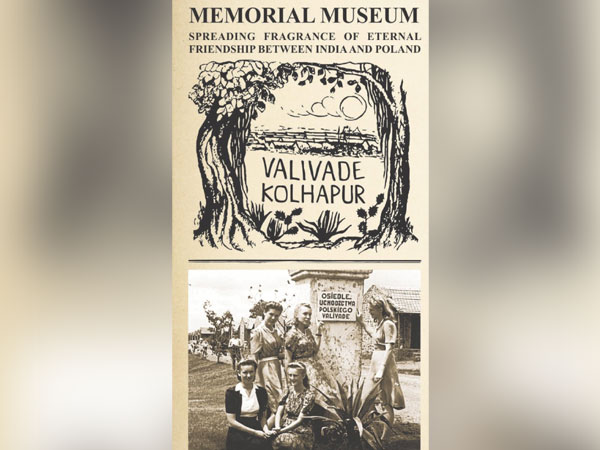 Kolhapur (Maharashtra) [India], Sept 12 (ANI): Deputy Foreign minister of Poland, Marcin Przydacz on Saturday will unveil a commemoration post in memory of Polish families who were given refuge in Valivade during Second World War.

"A permanent museum will be set up here containing Photographs, paintings, and other important items and materials from that era. The purpose of this museum is to keep the memories of the past alive for the next generations. The museum will be built in next one year," read a press release by Press Information Bureau, Mumbai.
Around 5,000 Polish people lived as refugees from 1942 to 1948 in Valivade in Kolhapur during the Second World War.
"Poland citizens who spent their childhood from 1942 to 1948 in Valivade, Kolhapur will also be staying in Kolhapur for three days between 13 and 15th September 2019 to relive their childhood memories," the press release said.
Along with Poland's Deputy Foreign Minister, Ambassador of Poland in India, Adam Burakowski; Member of Parliament Sambhaji Chhatrapati and Guardian Minister of Kolhapur, Chandrakant Dada Patil will also be present at the event. (ANI)