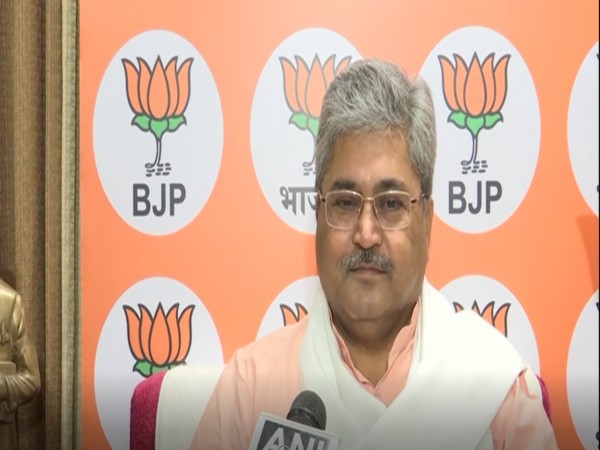 By Pragya Kaushika
New Delhi [India], September 20 (ANI): The politics over Dalit votes has grown intense in poll-bound Punjab with Bharatiya Janata Party sharpening its attack on Congress for cheating the community and insulting them by using it only as a vote bank.

Soon after the Congress state in-charge Harish Rawat declared that polls will be fought under the leadership of state president Navjyot Singh Sidhu, BJP leaders trained their guns on Congress leadership for insulting Dalits by targeting the community for votes and dumping the Dalit Chief Minister.
BJP's Punjab in-charge Dushyant Gautam said that the day when a Dalit was sworn in as chief minister, announcing that elections will be fought under someone else is an insult of the community by Congress. He further stated that Congress is a habitual offender and has been disrespecting Dalits for a long time.
"They make Dalits Chief Minister for two to three months and then dump them. Look at what Jakhar is saying. In 2003-04 the state was Maharashtra, it was Vilasrao Deshmukh and Sushil Kumar Shinde was made CM and after winning polls. Shinde was thrown out," he added.
Gautam also said that Congress is hatching a deeper conspiracy for maligning Dalits by casting aspersions on the character of the Chief Minister hailing from the community.
Punjab has 32 per cent Dalit votes, one of the highest in the country. Sources say Dalits have been traditionally voting for Congress until now.
Tarun Chugh, national general secretary of BJP also termed the announcement of Sidhu as a leader under whom the party would contest polls as an insult to Dalits and that Congress should clarify as to who would be its Chief Minister after 2022 Assembly polls.
Gautam slammed Congress for not caring about the legacies of Dr Bhimrao Ambedkar and by having a samadhi for Gandhi but not having a decent place for Ambedkar where his things could be placed respectfully.
"Where is Dr Ambedkar's samadhi, we have a place to showcase where Gandhi was shot. For Rajiv Gandhi as well. However, not for Ambedkar. They disrespected the Constitution, did not give Bharat Ratna to him and changed its Preamble as well," Gautam added.
On Sunday, after several rounds of parleys, Channi was selected for the post by the party high command, following Captain Amarinder Singh's resignation.
Amarinder Singh on Saturday submitted his resignation to state Governor Banwarilal Purohit, following months of infighting between him and Punjab Pradesh Congress Committee (PPCC) chief Navjot Singh Sidhu.
These development came months before the 2022 Punjab Assembly elections. (ANI)