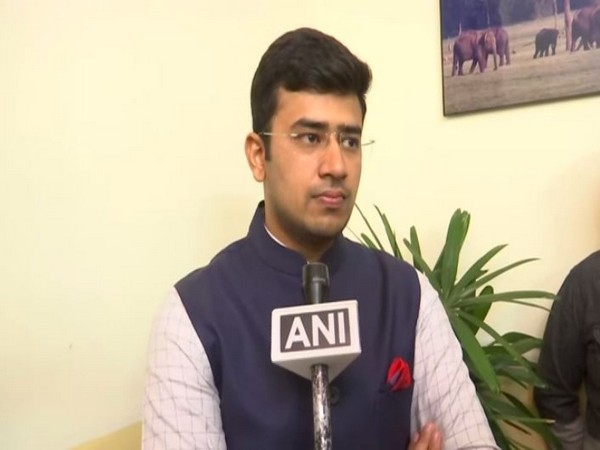 "The Indian Income Tax Act is one of the most complicated or even the most convoluted Acts in the country, or even anywhere else in the world. One of the reasons it is so complicated is because of so many exemptions under it," Surya told ANI here.
"Therefore, an attempt is being made to move towards fewer exemptions and more simple, reasonable tax slabs. I think it is a very progressive step and congratulate the Finance Minister (Nirmala Sitharaman) for taking this decision," the MP from Bangalore South constituency added.
Meanwhile, speaking in connection with AIMIM chief Asaduddin Owaisi's meeting the two women lodged in Karnataka's Bidar jail over an alleged anti-CAA-NRC play, Surya said the Hyderabad MP said was free to go wherever he pleased.
"Mr Owaisi has a lot of time in hand as I have never seen him take part in any development work in his constituency. Therefore, he is employing all that free time in playing divisive politics," Surya said.
Owaisi had on Saturday met the two women - a headmistress of a school and the mother of a Class 6 student - who are lodged in Karnataka's Bidar jail after being arrested in a case of sedition connected to an alleged anti-CAA-NRC play enacted in a school.
The AIMIM leader condemned the charges and extended his support to the women.
Headmistress of Karnataka's Bidar-based school, Fareeda Begum and the student's mother Najamunnisa were arrested on January 21 after a play against CAA and NRC was performed. Later, both were remanded to judicial custody. (ANI)