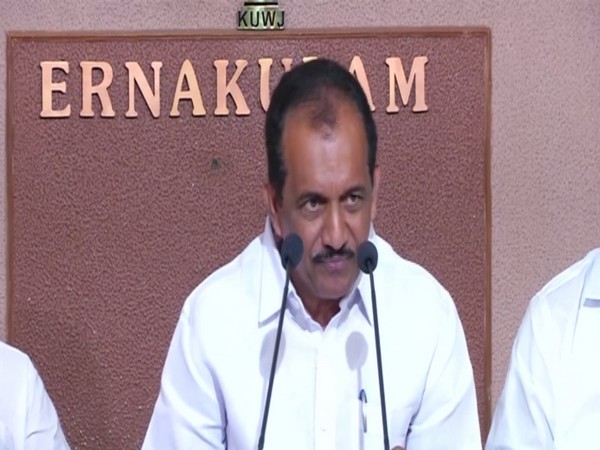 Thiruvananthapuram (Kerala) [India], September 15 (ANI): Congress Member of Parliament (MP) Benny Behanan on Wednesday alleged that the Kerala government is hiding the COVID-19 death toll and demanded that a case should be registered against Chief Minister Pinarayi Vijayan.

Speaking to the media, Behanan said, "The COVID death toll announced by the Chief Minister is absolutely wrong. In every hospital, there is a census. The reports have to be countersigned by the hospital Superintendent and the CMO."
"I went to the Kottayam medical college and got the information that in 177 days the COVID deaths in the medical college were 1,326 but the total deaths in the government list in Kottayam district 926," he added.
Behanan also said that all the hospitals have to send a report to a medical body in Thiruvananthapuram but there are no medical experts in the medical body.
"The list is being scrutinised by the medical body as it is working in the favour of the government," said Behanan.
"A case should be registered against the Chief Minister for hiding the list," he added. (ANI)