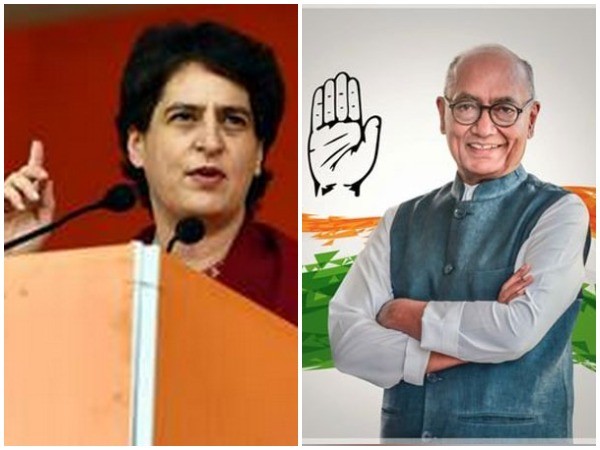 New Delhi [India], September 14 (ANI): The Congress on Tuesday decided to launch concerted campaigns against the policies and "misgovernance" of the BJP-led Central government and to reach out to people to get their support for the 2024 Lok Sabha elections.
The Congress plans to target the Centre over a host of issues including price rise, unemployment, crime against women, farmers' agitation, Rafale, Pegasus and alleged misuse of probe agencies.
The phase-wise agitation planned by Congress will continue till the 2024 Lok Sabha elections and senior leaders will participate in it.
The plan for protests was chalked out by a committee constituted by Congress president Sonia Gandhi, under the Chairmanship of senior leader Digvijaya Singh. Congress general secretary Priyanka Gandhi Vadra was also present in the meeting.
According to a party leader present in the meeting, a strategy was chalked out to create an atmosphere against the Central government on the same lines as the "BJP created against the UPA government during the Anna movement."
"This decision was to hold continuous sit-ins till 2024 against the policies of the BJP-led Central government. It was decided in the meeting that public opinion would be formed against the Central government with the help of social organizations and civil society. Congress will not only agitate on the roads but will also prepare public opinion," Digvijaya Singh is learnt to have said during the meeting.
Party sources said that Udit Raj, a member of the committee, advocated for Rahul Gandhi to lead agitations.
They said he also suggested that the party should continue opposing EVMs.
The sources said leaders told the meeting that the party should become "the voice of the people" and agitate on issues concerning them. (ANI)