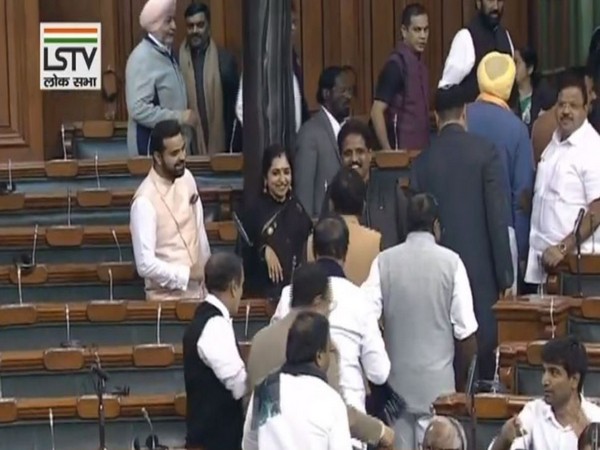 New Delhi [India], Feb 3 (ANI): Congress and some other opposition parties on Monday staged a walkout from Lok Sabha over the demand to roll back the Citizenship Amendment Act (CAA) after the House took up discussion on the motion of thanks to the President's Address.

Congress leader Adhir Ranjan Chowdhury sought to raise the party's demand concerning CAA after the House reassembled at 1.30 pm, but was not allowed by the Chair.
Members of some opposition parties including Congress, DMK and NCP staged a walkout.
The opposition parties had raised slogans against the government during the question hour over its demand concerning CAA.
They continued the protest during the zero hour after which Speaker Om Birla adjourned the House till 1.30 pm for lunch.
BJP member Parvesh Sahib Singh initiated the debate on the motion of thanks to the President's Address. (ANI)