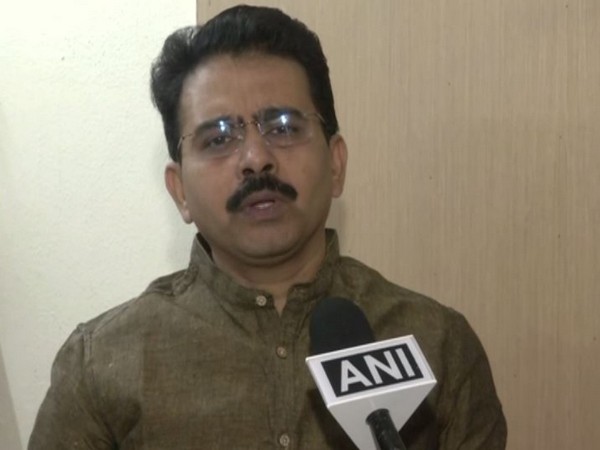 By Siddharth Sharma
New Delhi [India], Aug 2 (ANI): After two days of sparring on social media between seniors and younger leaders of the Congress party, Rajya Sabha MP and AICC in-charge for Gujarat, Rajiv Satav took to Twitter to clarify his remarks at Thursday's meeting of the party's Upper House MPs where he suggested that introspection in the party should begin from the time of the United Progressive Alliance -II government.

Satav, through a series of tweets on Saturday, said he was not comfortable discussing what goes on inside party meetings in forums outside.
"The meeting of RS MPs with Congress President was extremely fruitful. This was one of the many platforms that INC has given us time and again, to voice our views freely. These, though, are internal to the party and I have never been comfortable discussing what goes on inside, outside," Satav posted on Twitter.
This comment comes in the wake of senior Congress leaders, including former ministers batting off criticism on social media for the Manmohan-Singh led UPA government.
"Unfortunately, some motivated media reports have twisted facts. Today, a few of my esteemed colleagues and seniors have reacted on social media. This has compelled me, much against my principle of not discussing party matters on public platforms, to come out and clear the air," Satav posted on Twitter.
Although nobody mentioned him by name but Satav has been the facing indirect attacks for his remarks at the virtual meeting of Rajya Sabha MPs, which was presided over by Congress interim President Sonia Gandhi.
Former Union Minister Manish Tewari had tweeted on Saturday that Satav's remarks were "ill-informed."
Anand Sharma, Shashi Tharoor, Milind Deora and Mukul Wasnnik have all voiced their opinion about party leaders speaking out against the UPA-II.
Sharma tweeted: "The UPA government led the country with a sense of purpose and a commitment to the common man" and that "Congressmen must be proud of the UPA's legacy. No party disowns or discredits its legacy. Nobody expects the BJP to be charitable and give us credit but our own should respect and not forget."
Sharma further said: "Honest introspection and analysis are always helpful and give strength to move forward. History will honestly record the commendable contribution of former PM Singh and UPA Chairperson Sonia Gandhi. The two leaders led India to a decade of compassionate and inclusive growth which all of us are proud of."
Congress MP Shashi Tharoor mentioned in his tweet that "UPA's transformative ten years were distorted and traduced by a motivated and malicious narrative. There's plenty to learn from our defeats and much to be done to revive Congress but not by playing into the hands of our ideological enemies."
Satav in his series of tweets said he found reprehensible the malicious attempt to draw Dr Manmohan Singh into this exchange. "To say my observations cast a shadow over Dr Singh's leadership of UPA II is a lie, a total misrepresentation of facts. I hold Dr Singh in high esteem. He is above reproach."
"Dr Singh has made commendable contributions to building modern India. He will always be held in high regard. I will discuss my comments, or those made by any other esteemed colleagues, on internal party forums only," Satav tweeted.
"UPAII was a good government, people's government. The success of UPA II is reinforced when we compare it to the sharp slide under Modi. Elections are on the anvil in Bihar& Assam. BJP's misdeeds have piled up. We need to jointly stand together under the leadership of Sonia ji, Dr Singh Ji, Rahul Ji," he added.
Satav, who is considered to be a close member of team Rahul Gandhi in Congress has interestingly found support from other members of Team Rahul.
All India Mahila Congress chief Sushmita Dev has said that taking up issues related to the party within the party forum is the right thing to do.
Another young guard and MP Manickam Tagore endorsed Satav's remarks and tweeted that there is merit in keeping party discussions within the Party.
This war of words on Twitter has clearly thrown the light on the cracks within the party where young and old guards are taking potshots at each other and airing their differences of opinion publicly.
Another important point to be noted is that leaders are involved in an argument on social media when the party's Interim President Sonia Gandhi is not well and is in hospital. (ANI)