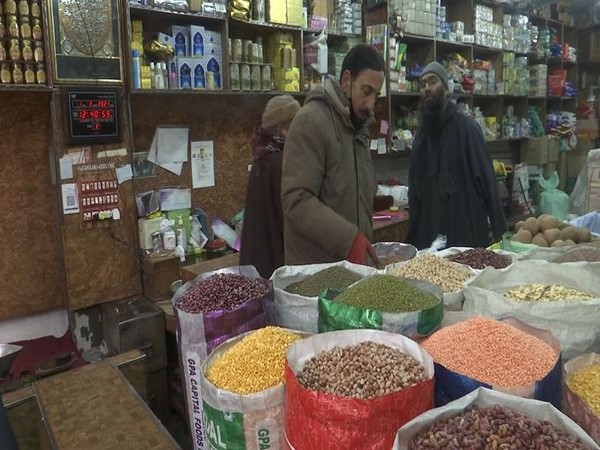 Srinagar (Jammu and Kashmir) [India], February 18 (ANI): People in Kashmir are consuming pulses in large quantities to maintain protein levels and protect themselves from the severe cold during winter.

The people in the Valley change their food habits during winter and buy pulses from some special markets in Srinagar such as Batamaloo, Amira Kadal and Bohri Kadal that have dozens of varieties of pulses from different countries including Australia, Kenya and Turkey.
Inayatullah Bhat, a wholesale seller of pulses, said, "This year the consumption of pulses has increased compared to previous years as it is very cold and even in February the temperature remains low. It is in the minus range even in February".
"Three to four new varieties have come in for each type of pulses," he added.
"Pulses have a high content of protein. Proteins are very essential during the winter especially for kids and elderly people as it increases their immunity," said Ghulam Nabi another pulse seller.
People also use a number of local varieties that are produced in the Valley.
Pulses are known to be rich in vitamins which is another reason for the popularity of pulses.
It is known that historically the mountain passes which connected the Valley to the rest of the country were snowbound for over a month during the year and pulses served as a staple diet of the people during these days.
It was a common practice among the Kashmiri people to purchase large quantities of different kinds of pulses and stock them at their homes. (ANI)