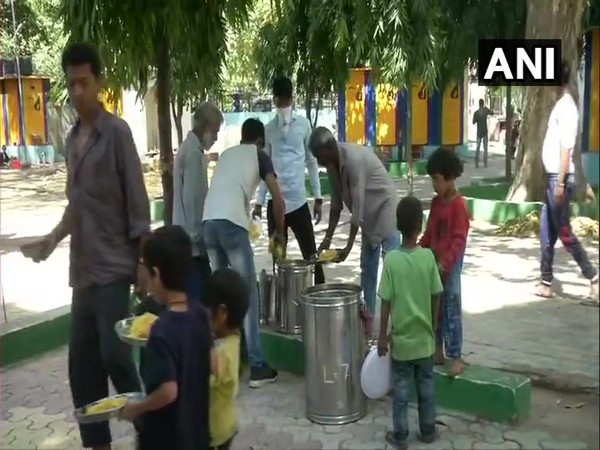 On Saturday chief minister Arvind Kejriwal had announced that free cooked food will be provided twice a day to the homeless in night shelters and said his government will provide free ration to over 72 lakh people and the quantity will be increased from 5 Kg to 7Kg for every ration card-holders.
On Wednesday, free meals were handed out at a 'Rain Basera' (shelter home), situated at Baba Kharak Singh Marg. Food was also distributed at a shelter home, near Bangla Sahib Gurudwara.
The Chhattisgarh government had on Tuesday issued a notification stating that rice and dal will be distributed to ration card holders, students and others.
Various charitable organisations have also chipped in to distribute meals, to people like daily wage workers, who remained unsure of their primary livelihood.
In Jharkhand, an organisation called 'Sri Maheshwari Sabha' provided free food to people in need amid lockdown.
Police in Amritsar were seen distributing food to the needy.
Tamil Nadu chief minister Edappadi K Palaniswami on Tuesday announced Rs 1000 to all ration card holders, free rice, sugar, and other essential commodities, in view of the lockdown in the state.
This comes after Prime Minister Narendra Modi on Tuesday announced a 21-day lockdown in the entire country effective from midnight to deal with the spread of coronavirus, saying that "social distancing" is the only option to deal with the disease, which spreads rapidly.
A total lockdown has been imposed to avoid community transmission of the deadly virus. (ANI)