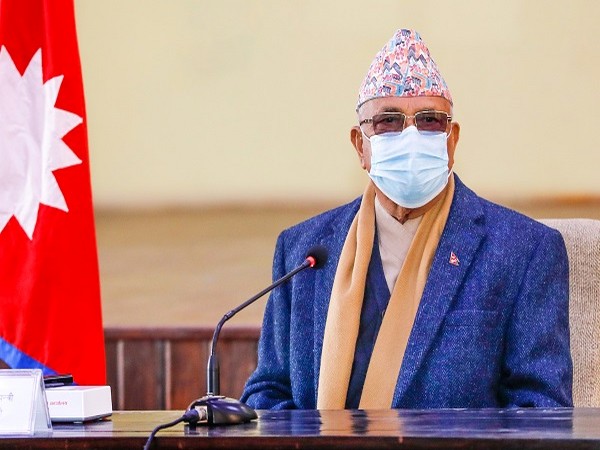 Kathmandu [Nepal], May 3 (ANI): Amid a rising number of COVID-19 cases and fatalities in Nepal, Prime Minister KP Sharma Oli has announced the closure of all domestic and international flights untill mid of May.

While domestic flights will be closed from Monday midnight, all the international flights will be halted from Thursday midnight. However, Nepal would operate two flights in a week to and fro India, Oli announced.
In his address to the nation on Monday, the Nepali Prime Minister announced the measures which are said to remain in effect till mid of May.
"Starting from May 3, 2021 midnight till the mid of this month, all the domestic flights would be suspended. From midnight of May 6, 2021 international flights will be halted. Movement of foreign nationals via land-ways to and fro the nation has been banned," Prime Minister Oli said in his address.
Regarding the entry of Nepali nationals, he said that 13 border crossings between India and Nepal would be in operation, adding that entry would be granted to those who undergo antigen tests at health desks set up at border entry points with India. "Contact tracing also would be followed effectively at all the levels."
PM Oli also announced the mobilisation of security personnel round the clock in various cities including capital Kathmandu for implementation of public health protocols as the nation struggles with the second wave of the pandemic. He also warned to take stringent actions against those who violate the health protocols which would be overseen by the Home Ministry.
Oli has assigned the Ministry of Communication and Information Technology to lead the public awareness campaign.
"Despite our utmost effort, the second wave of COVID-19 has severely hit the country with a surge of infections and mortality rate. I am aware that this invisible enemy has tested our ability and exposed our vulnerability globally but I do believe that this deadly disease can be overcome through our collective efforts," Oli said.
Addressing the international community in English at the end of the speech, Nepali Prime Minister asked for help to fight the pandemic.
"Since we are living in an interconnected and interlinked world, a pandemic like this spares no one and no one is safe. I would like to request our neighbours, friendly countries and international organisations to help us with vaccines, diagnostic equipment and kits, oxygen therapy, critical care medicines and critical care furniture to support our ongoing efforts to combat the pandemic," he said.
Nepal reported 7,388 cases of COVID-19 from across the country on Monday. With this, the total nationwide infection count has advanced to 343,418.
As many as 37 people succumbed to COVID-19 in the past 24 hours after which Nepal's death count from the highly contagious infection has reached 3,362. (ANI)