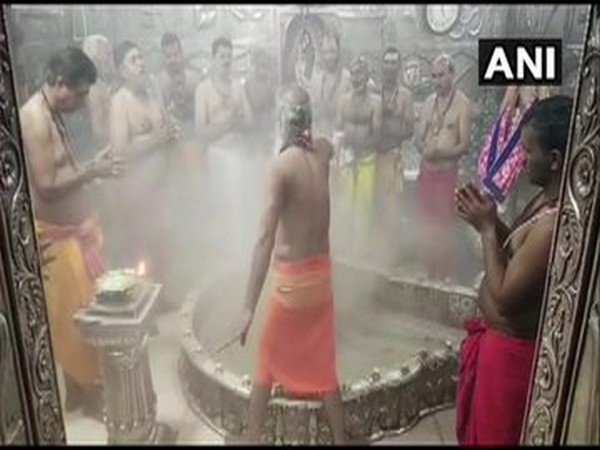 Ujjain (Madhya Pradesh) [India], Mar 17 (ANI): Amid coronavirus outbreak in the country, the priests at the Mahakal Temple in Ujjain continued with their ritual of performing 'Bhasma Aarti,' in the morning even as the temple remained closed for devotees on Tuesday.

The Mahakaleswar Temple Committee had announced on Monday that devotees will not be allowed to attend the aarti till March 31 and the entry to the sanctum sanctorum of the shrine will also be restricted.
The Siddhivinayak Temple Trust in Mumbai has also decided to close the temple till further notice.
In India, according to official data, there are an estimated 114 cases who have tested positive for COVID-19 with two deaths reported from the infection.
A total of 167,511 cases have been confirmed worldwide, with 13,903 new ones over the past 24 hours. (ANI)