COVID-19: With safety measures in place, gyms re-open in Delhi 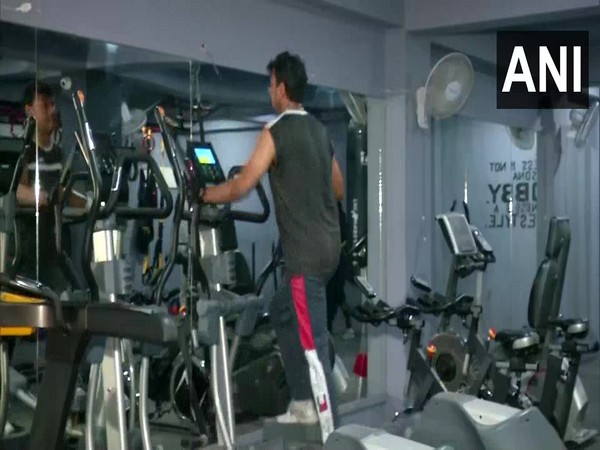 New Delhi [India], September 16 (ANI): Gymnasiums in the national capital started reopening for their patrons on September 14th, five months after they were closed, following the outbreak of COVID-19 and measures taken by the government to curb its spread. 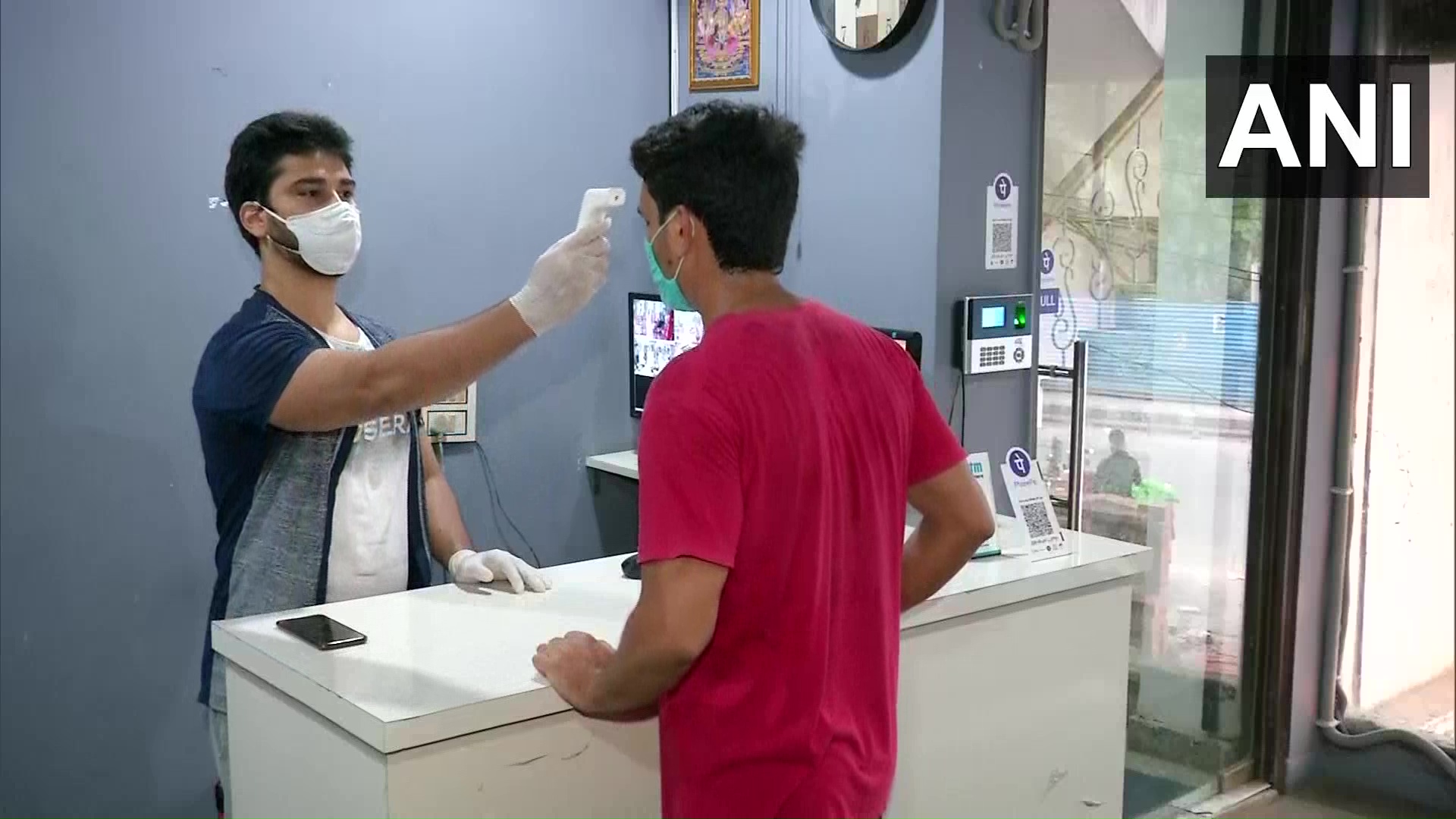 While speaking to ANI, Udit, a trainer at Funkfit gym in Delhi said that all safety measures are in place at the gym and precautions are being taken to prevent any spread of the disease. He added that the customers are provided hand sanitisers when they enter the gym after which their temperatures are checked using thermal scanners. 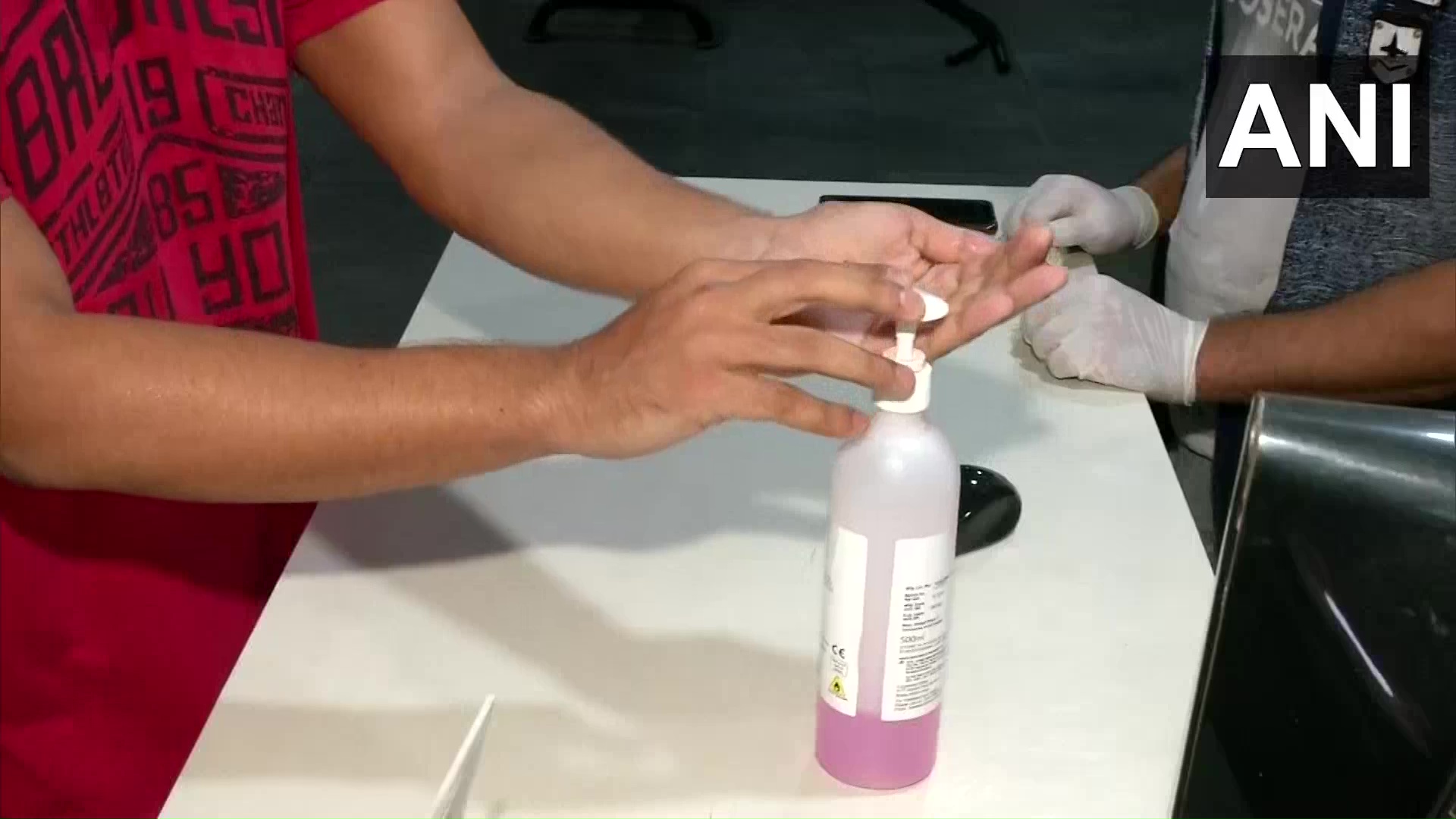 "We open the gym at 5.30 am and as soon as a client comes in, we give them sanitiser and check their temperature, only then they are allowed in. We're not allowing more than eight people on the floor in an hour. After every 2 to 2.5 hours, there is a break when all equipment is sanitised and gym is cleaned. Gyms were closed for a long time so we were facing problems. The charges are a little high now," he said.
Fitness enthusiasts have welcomed the decision to reopen gyms in Delhi and said that it would not just benefit those who want to exercise, but the gym owners as well.
"The instruments are sanitised before we come and after we leave and we are also provided with sanitisers at the entrance. Our temperatures are also checked. It is important to open the gyms as we have to maintain fitness as some people gained weight during the lockdown. This would also benefit the gym owners as their business was closed due to the lockdown," said Nikita, a gym enthusiast.
She added that social distancing is being maintained at the gym as a precautionary measure.
The Delhi Government has allowed gyms and yoga institutes to reopen in the national capital (except in containment zones), subject to strict compliance with the standard operating procedures (SOP).
The total number of COVID-19 cases in Delhi rose to 2,25,796 with 4,263 new positive cases and 36 deaths reported on Tuesday. The numbers of active and recovered cases are 29,787, and 1,91,203, respectively while the death toll stands at 4,806, said the Delhi Government. (ANI)