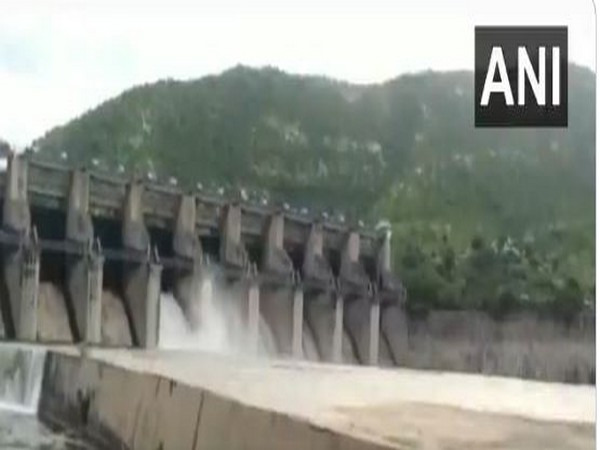 Nellore (Andhra Pradesh) [India], September 16 (ANI): Authorities on Wednesday opened 10 of the 12 crest gates of Somasila reservoir in the Ananthasagaram area of Nellore district to discharge 50,000 cusecs of water into the Bay of Bengal.

As the quantity of floodwater was huge, the officials alerted the people living near the Penna river catchment area.

Somasila reservoir capacity is 78 TMC, the water level has reached 74 TMC. It is estimated that 80,000 cusecs of water came from upper areas today.

The state has been witnessing incessant rainfall for the past few days.

The India Meteorological Department has predicted "partly cloudy sky" with the possibility of "moderate rain or thunderstorm" for the next four days with maximum and the minimum temperature hovering around 34 degrees celsius and 26 degrees celsius respectively. (ANI)