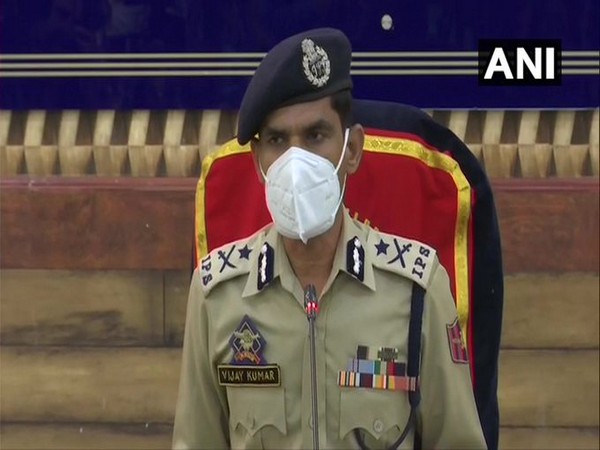 Srinagar (Jammu and Kashmir) [India], July 1 (ANI): A jawan and a civilian died while three personnel were injured after terrorists fired on CRPF party from a Masjid in Sopore, said Kashmir IG Vijay Kumar.

"Terrorists fired from a Masjid on CRPF party in Sopore, resulting in deaths of a jawan, a civilian and injuries to three personnel. Terrorists misused Masjids in two operations in the last one month. I request Masjid committees to not let terrorists use religious places," Kumar said.
"Around 129 youths joined militancy between January and June in 2019. During same period this year, 67 youths joined militancy out of which 24 have been eliminated, 12 arrested and rest are active. We urge parents to persuade their offsprings to join the mainstream," Kumar added.
Meanwhile, Azim Khan, SHO Sopore, said that it was the police's priority to evacuate the child during the terrorist attack and it was very challenging as terrorists were firing upon policemen.
"When we reached the site, what we saw was disturbing. Our priority was to evacuate the child. It was very challenging as terrorists were firing upon us. The child was going to Handwara with his grandfather," Khan said while speaking to media.
The police rescued 3-year-old child during the attack.
According to the CRPF, at around 7:30 am today, 179 Battalion of CRPF reached Model Town Chowk Sopore for naka/patrolling duties. As the troops were de-bussing from the vehicles to occupy their respective spots of deployment, terrorists hiding in the attic of a nearby mosque started firing indiscriminately on the troops, in which CRPF jawans constable Bhoya Rajesh, Head Constable Deep Chand Verma, Nilesh Chawde and Constable Deepak Patil got injured. Later Deep Chand succumbed to his injuries. (ANI)