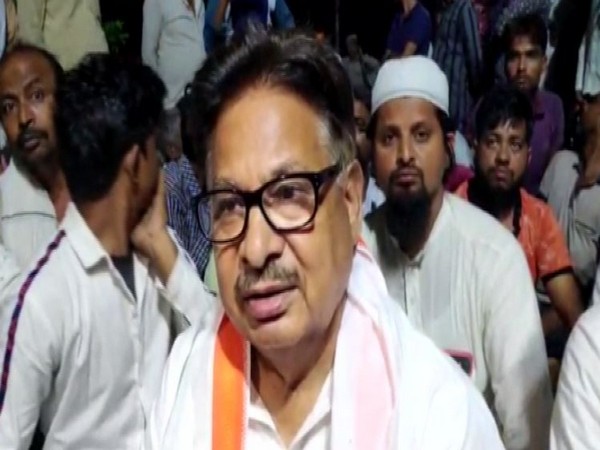 New Delhi [India], October 14 (ANI): Ahead of the Congress Working Committee (CWC) meeting scheduled to be held on October 16, Chhattisgarh Congress in-charge PL Punia on Thursday informed that the meeting will focus predominantly on the strategy for the upcoming Assembly elections and the current political situation.

He also clarified that no separate agenda has been listed for the discussion in the meeting regarding the performance of Chhattisgarh.
While speaking to reporters, Punia said, "The CWC meeting scheduled to be held on October 16 is in the national context. The meeting is being organized to discuss the election and the current political situation. But no separate agenda has been included in this regarding the performance of Chhattisgarh. However, if Chhattisgarh's performance comes up during the discussion, it can be discussed."
Punia's remarks came while speaking to reporters after the state executive meeting of the Chhattisgarh Pradesh Congress Committee held today at the Congress state headquarters Rajiv Bhawan.
The meeting was attended by Congress secretary Chandan Yadav Chhattisgarh Pradesh Congress Committee President Mohan Markam and Chief Minister Bhupesh Baghel.
Punia told reporters that in the meeting, there was a discussion on reconciliation between the party MLAs and the ruling party in Chhattisgarh.
While answering a question regarding the rhetoric and indiscipline of the MLAs, Punia said, "Whoever will come under the purview of indiscipline, action will be taken against them accordingly. But, it is not necessary to take into account every statement of the MLAs."
The meeting comes days after a dozen Chhattisgarh Congress MLAs landed in Delhi on September 30 with the demand that Bhupesh Baghel should continue as the chief minister of the state.
"Seven MLAs have come and more will come. Total 15-16 will come. There is not much political movement today. We will meet PL Punia. Rahul Gandhi will visit Chhattisgarh and we are requesting him to extend his visit and come to our constituency as well. Our situation is good, 70 out of 90 MLAs are intact. 60 MLAs have already given in writing to our in charge and to Rahul ji," Congress MLA Brihaspati Singh had told ANI.
"There is no issue on the chief ministerial post. Our position in Chhattisgarh is strong and 32 per cent are from ST. Chief Minister Baghel is doing a good job. He comes from the OBC community. There is no question of changing the chief minister. The party high command, all the MLAs, and the people of Chhattisgarh are satisfied with the performance of Chief Minister Bhupesh Baghel. The government cannot be destabilised just to satisfy an individual," stated Singh.
The Chhattisgarh MLAs reached Chattisgarh Sadan on Wednesday. They were demanding that Baghel should continue as the chief minister. The leaders included Purushottam Kanwar, Brihaspati Singh, UD Minj, Prakash Nayak, Mohit Kerketta, Chandradev Rai, Dwarkadhish Yadav, Gulab Kamro and Vinay Jaiswal.
According to reports, a two-and-a-half-year chief minister rotation formula was agreed upon at the time Bhupesh Baghel took office as the chief minister in December 2018. The latter part of the government's tenure was to be headed by current Health Minister TS Singh Deo.
Singh had said that 60 MLAs have assured in writing support to Baghel who according to him has been "doing well as a leader". Singh had even said the Chief Minister Baghel will continue to lead the state for the next 25 years. (ANI)