Dams along Mekong by China threatening farmers and fish in Southeast Asia: Report 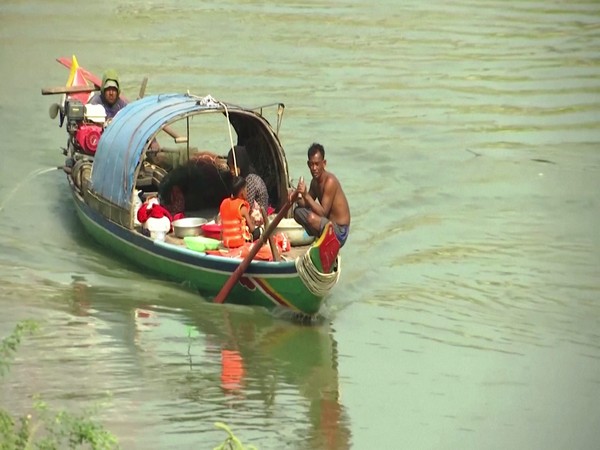 The Mekong River flows some 5,000 kilometers from the Himalayas to China's Yunnan province and then to Myanmar, Laos, Thailand and Cambodia and then reaches to sea through Vietnam's Mekong Delta.
In a detailed report by DW News, it has been revealed that rapid construction of dams over the Mekong is causing problems for fish stock and farms in the country's downriver.
"Upriver China has been constructing a number of large hydropower dams to beat the country's rapidly increasing energy needs but it is causing problems for fish stock and farms in the country's downriver. It also has a dire impact on the fertile soil on the river and Mekong Delta which feeds hundreds and millions of people," said a report.
"With more dams under construction upriver, the future of the region is at stake", it said.
DW journalist visited farmers and fishermen in the countries along with the Mekong River and talked to experts for a possible solution.
In late November 2019, the TV station of Cambodia's Phnom Penh Post reported on a drought that gripped the lower Mekong since the middle of the year. For the first time since the records are being kept, the river bed has almost completely dried up all across Cambodia. That's despite the fact that it's the monsoon season when the mighty Mekong River is flowing swiftly teeming with fish. Instead, fish catches which provide three-quarters of Cambodia's protein requirements dropped by 80 to 90 per cent till 2019.
A fisherman in Cambodia said that his family's survival is under threat. "I used to catch 30-40 kg of fish but not anymore. It's not even enough to feed our family," he said.
DW report said that the estimated economic damage in Vietnam, Cambodia, Thailand and Laos amounts to several billion Euros.
The Mekong typically swells in the rainy season where it converges with the Tonle Sap River, causing an unusual reversed flow into the Tonle Sap Lake, filling it up and providing bountiful fish stocks.
But in recent years, the flow to Southeast Asia's largest lake has at times been delayed, a factor blamed on drought and hydropower dams upstream on the Mekong.
Whether or not China's 11 dams are harming downstream nations' dependency on the river has become a geopolitical issue, with the United States urging Lower Mekong governments to demand answers.
China's Mekong River dams held back large amounts of water during a damaging drought in downstream countries in 2019 despite China having higher-than-average water levels upstream, a US research company said in a study.
The findings by Eyes on Earth Inc, a research and consulting company specialising in water, published in a US-government funded study, could complicate tricky discussions between China and other Mekong countries on how to manage the river that supports 60 million people as it flows past Laos, Myanmar, Thailand and through Cambodia and Vietnam.
The 2019 drought, which saw the Lower Mekong at its lowest levels in more than 50 years, devastated farmers and fishermen and saw the massive river recede to expose sandbanks along some stretches and at others turned from its usual murky brown to bright blue here because waters were so shallow and lacking in sediment.
"If the Chinese are stating that they were not contributing to the drought, the data does not support that position," said Alan Basist, a meteorologist and president of Eyes on Earth, which conducted the study with funding from the US State Department's Lower Mekong Initiative.
According to Alan Basist, the upper part of the Mekong basin in China did not suffer from a drought in 2019 and on the contrary there had actually been considerably more rain and meltwater compared to other years but China held back the lion's share of this water with its huge dams on the upper reaches of the Mekong.
If China had not blocked the flow of the Mekong, the water levels in Thailand and Cambodia would have been four meters higher in 2019 and the lower reaches of the river had most likely not suffered a catastrophic drought.
Basist told DW, "What had happened that the China Southern Power Grid Company was releasing an unprecedented amount of water during the dry season to basically sponsor hydroelectric production to the grid. They drain the reservoirs at the beginning of 2019 producing hydroelectric energy and then they refilled the reservoirs in 2019"
Mekong River is the lifeline of South East Asia. 60 million people from almost 100 ethnic groups live along the river's banks. The Mekong provides them water, fish and fertile soil for rice production. It serves as a transport and trading route and sustains biodiversity. It is home to some 800 mammals. 2,800 species of birds, 1300 species of fish at the same time the region is highly endangered by climate change.
The riverbeds dropped almost 5000 meters over its 4,300 km course. All Mekong countries are building an increasing number of hydro-electric power plants since the early 1990s. China, in particular, is pushing the construction of dams. (ANI)