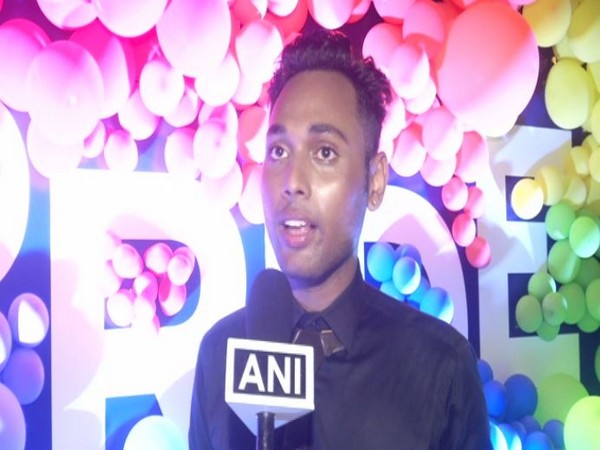 New Delhi: A year since the Supreme Court overturned Section 377 of the Indian Penal Code, the LGBT community, which gathered for a celebration here on Wednesday said as far as equal rights for the group was concerned, there still remains a long way to go.

The British High Commission marked one year of the landmark judgement with an event that celebrated the achievements of the community and aimed at showing the British mission's solidarity with the LGBT community in India.

Speaking to ANI, Kieran Drake, the Minister Counsellor of the British High Commission made sure to highlight that "love is love" -- a call which is synonymous with the LGBT rights movement across the world.

"Last year's decision to repeal Section 377 is a historic decision, one that was celebrated by the gay community and the supporters of equal opportunities, diversity and inclusion across India, including here at the High Commission where we're very committed to ideas of openness, inclusion and diversity. Love is love and no one should be penalised because of who they love," Drake said.

"This year is an opportunity to celebrate all of the achievements that have been made by the gay community in India over the course of last year and it's just one of the ways we show solidarity with the community here at the British High Commission," he added.

Drake shed light on how the High Commission works in partnership with Indian organisations and said, "It's one of the ways, I think, that the UK and India work together as a force of good in the world."

"I think the most incredible thing that happened in the last year was how wonderfully so many parents have accepted their kids happily, and I believe acceptance always begins from home. So it's incredible that we've been able to achieve that, that we've been able to bring it to the dinner table," Anwesh Sahoo, Mr Gay World India 2016, told ANI here.

He, however, highlighted how a lot had to be done as far as the civil rights of the community in India were concerned.

"I think from here on there is still a lot of conversation happening around marriage equality, we still don't have adoption rights. We still have a long way to go. This has been a stepping stone for us and I hope that the conversation continues to grow. It doesn't end here but it is just the beginning to a wonderful way forward," Sahoo, who is also a TEDx speaker said.

"Civil right is such a fundamental right. Why should we not have the fundamental right of civil union, if we choose to? So why not bring it on, why not give us the rights we deserve?" he lastly said.

Welcoming last year's judgement, Sowmya from The Humsafar Trust shed light on how the historic move is important to the LGBT community across the nation.

"Section 377 judgement is important to the LGBT community. We have welcomed the judgement and are happy about it. The sentence which was spoken by the justice, where he said, 'I am what I am, take me as I am', holds a lot of importance to us. We had to hide who we are for years due to so many reasons.

Now we are happy that we can openly present ourselves," she said while speaking to ANI at the event.

"Just how the rest of the society has civil rights, the same rights like marriage rights, property rights should also be given to the LGBT community," she added.

On September 6, 2018, the Supreme Court struck down the colonial-era Section 377 IPC which criminalised gay sex. A five-judge constitutional bench, headed by Chief Justice of India (CJI) Dipak Misra and comprising Justices DY Chandrachud, Rohinton Fali Nariman, AM Khanwilkar and Indu Malhotra, gave the verdict on a bunch of petitions filed to scrap the law.