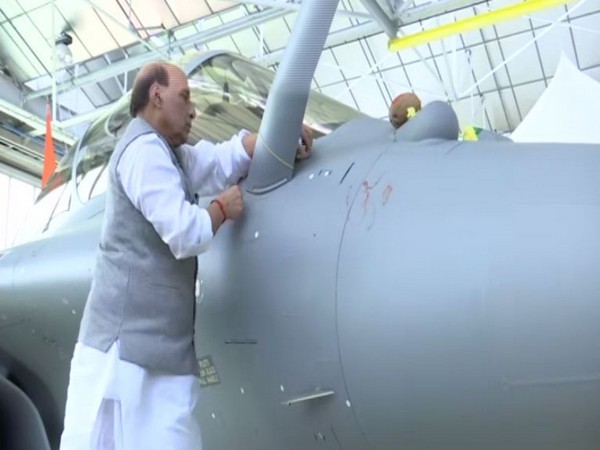 Bordeaux (France): Defence Minister Rajnath Singh performed Shastra Puja (worship of weapons) on the auspicious occasion of Vijayadashami after receiving the first of the 36 Rafale jets in the French port city of Bordeaux on Tuesday.

Videos from the Dassault Aviation facility in France' Merignac show Singh writing an "Om" on the jet and laying flowers and a coconut on it.
Taking to Twitter, Singh said, "Performed Shastra Puja on the auspicious occasion of Vijayadashami. Worshipping weapons on Vijayadashami has been our Tradition." 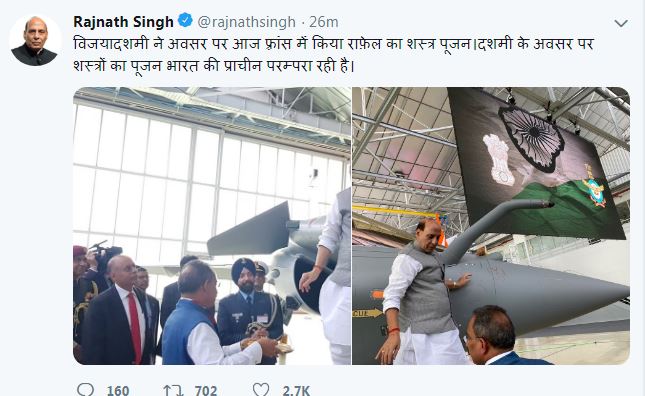