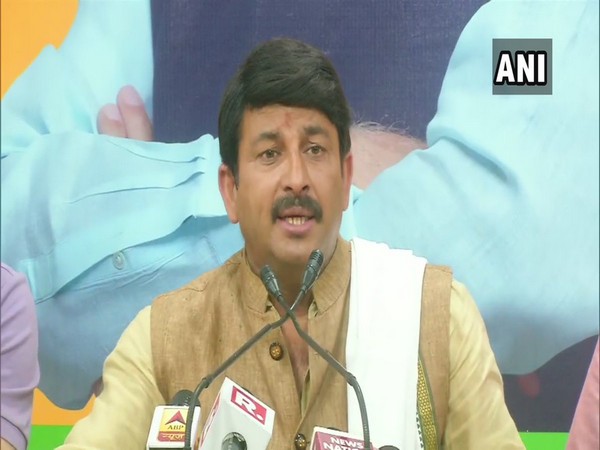 "Incidents of loot and snatching are on the rise in the national capital. We have been continuously saying that 90 per cent of illegal infiltrators is responsible for this," he said.
Earlier today, the robbers snatched the purse of Damayanti while she alighting from an auto-rickshaw outside the gates of Gujarati Samaj Bhavan in Civil Lines.
The victim returned to Delhi from Amritsar today morning and had booked a room at the Gujarati Samaj Bhavan. She was to leave for Ahmedabad on the same evening.
According to Damayanti, she had Rs 56,000 cash, two mobile phones and some important documents in the purse snatched by the miscreants.
"Serious questions are being raised on the Delhi Police. The robbery took place in a posh area of the capital. In such a situation, we are concerned about the law and order situation," said Tiwari.
Launching an attack on Kejriwal, the BJP leader said: "While the Chief Minister calls me as his brother, he is driving out the Purvanchalis from Delhi on the other hand. The Chief Minister is working to give protection to such intruders."
Tiwari said that when the Delhi Police takes action against such people, they are driven out from Delhi but enter the city again.
The actor-turned-politician has been vocal about the implementation of NRC in Delhi, saying it is needed as illegal immigrants who have settled in the national capital are "dangerous" and the demand will be part of the BJP's election manifesto for the Assembly polls next year.
Last month, Kejriwal had said that Tiwari will be the first one to leave Delhi if the NRC is implemented. The Chief Minister's remarks did not go down well with Tiwari and other BJP leaders, who slammed the AAP supremo over his remark. (ANI)