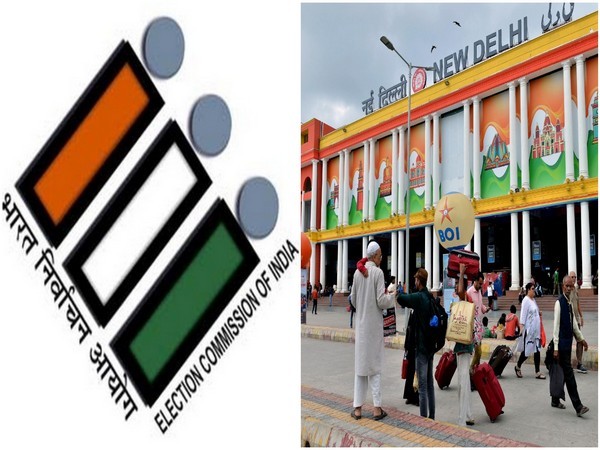 New Delhi (India) Jan 31 (ANI): In a unique initiative to create awareness among voters to exercise their voting rights, Delhi Chief Electoral office in association with Indian Railways is making an announcement regarding polls, at all seven Railway stations of Delhi.

The announcement is being made at the railway stations through Railway Public Announcement System.
Also, Delhi Electoral office is using Auto Tippers to encourage people to cast their votes across North, East and South Municipal Corporations.
The seven railway stations where voter awareness campaigns are being carried are- New Delhi, Nizammudin, Old Delhi, Anand Vihar, Shahdara, Delhi Cantonment and Sarai Rohilla.
Public address systems at all these stations have begun playing the appeal since Thursday.
Similarly, the Automated Garbage Collecting Vehicles, Auto Tippers- 400 in North, 360 in East and 1066 in South municipal corporations are also playing the recorded appeal for people to come out and exercise their voting right on the day of assembly polls.
The recorded announcement in Hindi will be made 24X7 for commuters at the seven railway stations. The listed railway stations have nearly 10 lakh footfall on a daily basis.
Delhi will go to polls on February, 8 and the results will be declared on February 11. There are 13750 polling stations in 2689 locations of Delhi. (ANI)