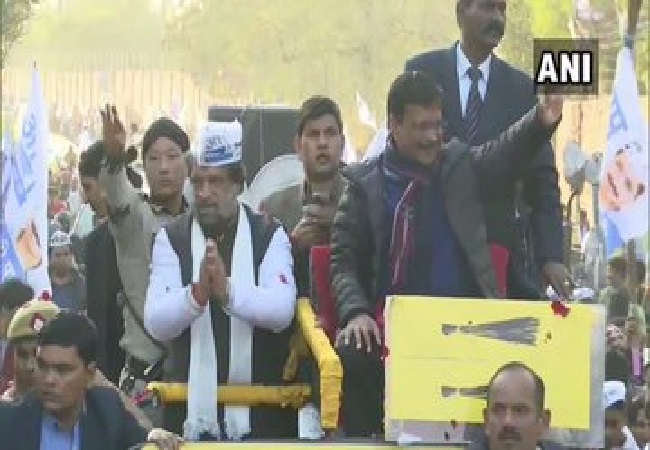 Ram Singh Netaji is the AAP candidate from Badarpur constituency.
Kejriwal, who is seeking election from New Delhi Assembly constituency for the third consecutive time, also held a massive roadshow in Mangolpuri area earlier on Friday.
Assembly elections will be held in Delhi on February 8 to decide who will rule the national capital for the next five years with the ruling AAP making a determined bid to return to power and the BJP seeking to have a chief minister in the city after 20 years.
The Congress, which has ruled Delhi for 15 successive years, is also making efforts to regain its support base.
Counting of votes will take place on February 11. (ANI)