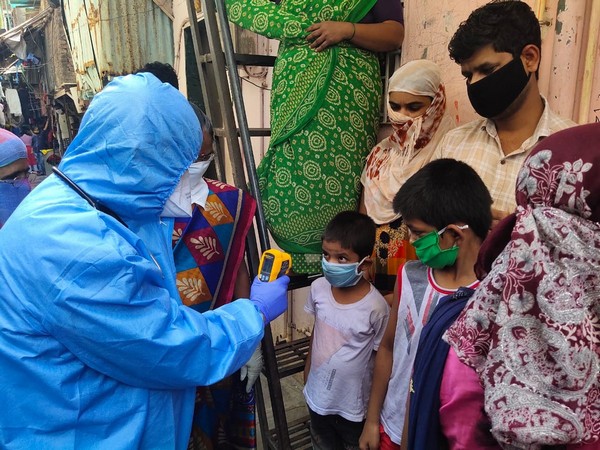 "Serological Survey for COVID-19 started from today in Delhi. In the last survey, 24 per cent of people were found to be positive. This is a technical process but will be conducted across the capital. Now we want to see how much difference it has made after one or one and a half months," said Jain.
In the serological survey, blood samples of the people are taken to check for the presence of antibodies for COVID-19 in their body. If the report comes positive for antibodies, it proves that those patients had been infected but have been cured of the viral infection.
According to officials, the second serological survey will be conducted in all 11 districts of Delhi from August 1 till August 5.
Dr Kusum Arora, in-charge of the survey in the Model Town area of North District, said "We take care of hand-washing, hygiene, social distancing and bio-medical medical wastes while conducting the survey. The team conducts the survey under the supervision of a doctor. All the persons giving samples fill a consent form containing all the information related to the sample survey."
Dr Arora said the team will take at least 40 samples from the Model Town area.
"We will take 35 to 40 samples of different age groups in Model Town. Under this, 25 per cent of the samples will be taken from children below 18 years and about 25 per cent of the samples will be taken from people over the age of 50. About 50 per cent of the samples will be obtained from people between 18 and 50 years of age," she said.
Earlier in the day, the Delhi Chief Minister's (CMO) office said that the survey will aid the government to tailor its strategy to changing circumstances
"On the directions of CM Arvind Kejriwal, the Delhi government has begun monthly sero-survey in the city from today. The survey conducted in June showed 24 per cent Delhi residents have developed antibodies. This will aid the government to tailor its strategy to changing circumstances," the Delhi CMO tweeted.
According to the Indian Council of Medical Research (ICMR), sero-surveys help to understand the proportion of the population exposed to SARS-CoV-2 infection including asymptomatic individuals. Depending upon the level of sero-prevalence of infection, appropriate public health interventions can be planned and implemented for prevention and control of the disease.
Delhi Health Minister Satyendra Jain had on Wednesday said that the government has decided to conduct sero-surveillance every month in a bid to break the COVID-19 chain and contain the spread of infection.
While 23.48 per cent population is affected with coronavirus in the national capital as per the findings revealed by the Delhi's sero-survey, at least 77 per cent population is still vulnerable to catch the infection, the Union Health Ministry had said on July 21. (ANI)