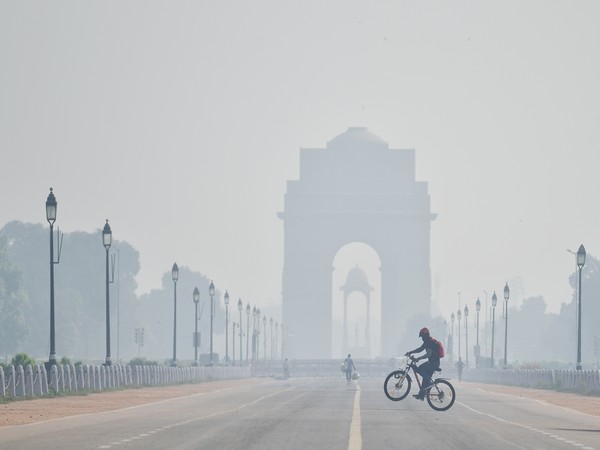 New Delhi [India], September 14 (ANI): In view of a possible rise in the levels of air pollution with the onset of October in the national capital, the Delhi government on Tuesday ordered all concerned departments to begin preparing a winter action plan by September 21.

During a review meeting here, Delhi Environment Minister Gopal Rai directed the officials of Flood and Irrigation Department, all the three Municipal Corporations of Delhi (MCDs), New Delhi Municipal Council (NDMC), Delhi Development Authority (DDA), Central Public Works Department of India (CPWD), Public Works Department (PWD), Delhi State Industrial and Infrastructure Development Corporation (DSIIDC), Delhi Jal Board (DJB), National Highways Authority of India (NHAI), Delhi Metro Rail Corporation (DMRC) and Transport Department to submit their action plan to the Environment Department by September 21.
While addressing the media after the review meeting, Rai said, "10 focus points were identified last week for the prevention of pollution, and a joint meeting was held today with all the major agencies to work on them. Delhi government will prepare its action plan based on those submitted by these departments by September 21."
"The responsibility of preparing an action plan to prevent burning of garbage has been given to the MCDs. Along with this, the 3 MCDs have also been asked to prepare an action plan for the hot spots of pollution," he added.
Mentioning that the smoke generated due to stubble burning is a major cause of pollution in Delhi, Rai said that the development department has been given the responsibility of preparing an action plan for the same.
He further added that the construction agencies like all three MCD, NDMC, and CPWD have been asked to prepare an action plan on 4 points for dust pollution, including dust suppression chemical procurement, and mechanical road sweeping. The management of the collected dust and special training for JE, AE and contractors are also a part of the 4-point plan.
The agencies have also been asked to prepare an alternative for garbage burning in Delhi to beat the cold in winters.
"The transport department has been tasked to reduce vehicular pollution and the traffic police have been asked to prepare a traffic congestion plan," Rai said, pointing out that an increase in the number of red lights where ever required has also been instructed.
The traffic police have also been assigned the task to keep in check the traffic jam caused due to the breakdown of DTC vehicles on the road.
The Environment Minister also informed that the responsibility of War Room and Green App has been given to Delhi Pollution Control Committee (DPCC) while the responsibility of coordination from the Centre and the states has been given to the Environment Department.
Rai informed the media that he has written a letter to the Union Environment Minister and has asked for an appointment. "In the meeting, we will submit the report of third party audit regarding stubble to the Union Minister," he said.

Lastly, Rai said that the odd-even scheme would be the Delhi government's last resort to combat the pollution. (ANI)