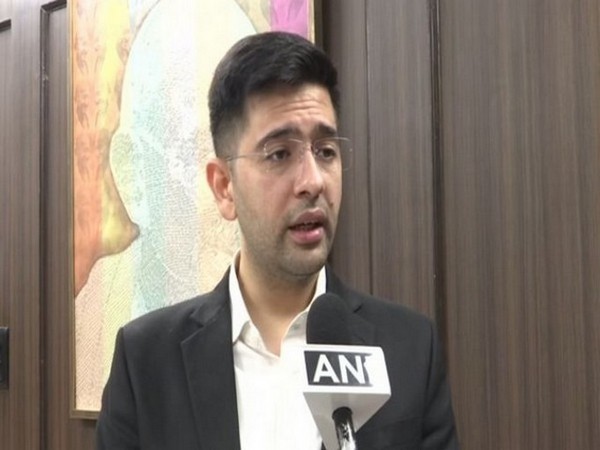 New Delhi [India], May 3 (ANI): The Delhi government on Monday rushed ten D-type oxygen cylinders to the IBS hospital in Lajpat Nagar after an SOS was received regarding the shortage of medical oxygen.

"We have rushed 10 D-type oxygen cylinders from our SOS reserves to IBS hospital in Lajpat Nagar, which would help them tide over the crisis," AAP MLA Raghav Chadha said on Twitter.
"Sincerely hope that with the intervention of judiciary, the Centre will finally be charitable enough to give Delhi its share of oxygen," he added.
A journalist tagged the Delhi MLA in his tweet and sent out the SOS saying that IBS Hospital in Lajpat Nagar was running out of Oxygen and 37 patients were on oxygen support.
The tweet was sent at 1:18 pm.
Several hospitals in Delhi continue to grapple with a shortage of oxygen, as coronavirus cases continue to spike. On Saturday, 12 COVID-19 patients, including a senior doctor, had died at Delhi's Batra Hospital after the facility ran out of medical oxygen.
Delhi recorded 20,394 new COVID-19 cases and 407 deaths on Sunday.
As per the official data issued on Sunday, the total count of cases in the city has gone up to 11,94,946 including 92,290 active cases and 10,85,690 recoveries. The death toll has gone up to 16,966. (ANI)